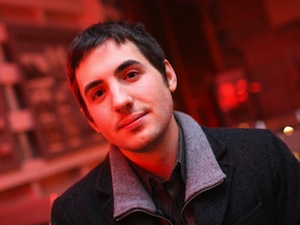 Many venture capitalists like to say they invest in people, not ideas. That seems particularly true in the case of Milk, Kevin Rose’s new mobile development firm, which just raised $1.5 million in angel funding.

Rose, of course, is famous for founding social news aggregator Digg, but he resigned earlier this year, after the company launched a controversial redesign and seemed to stagnate. He reemerged in April with Milk, which he said consists of a small team that will experiment with different app ideas, hopefully launching four-to-six ambitious apps in a year.

The “development lab” model seems to be a nice career path for entrepreneurs who have launched one or two successful companies and now want to create cool new products without the headache of running a mature company. AdMob Omar Hamoui recently announced his own project, Churn Labs, which has backing from Sequoia Capital.