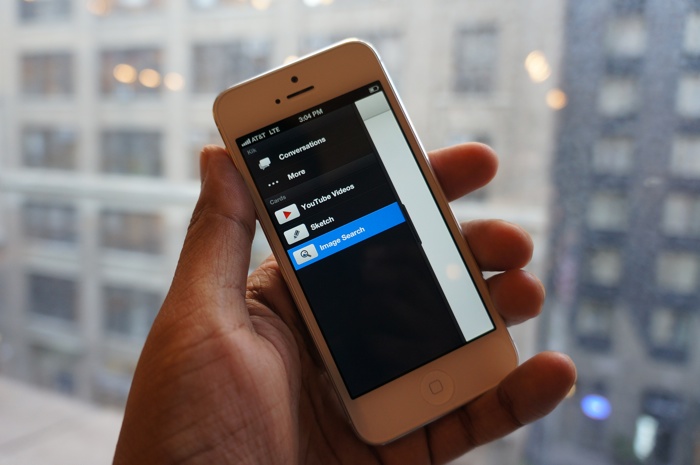 While the hype for group messaging apps has died down considerably over the past few years, that hasn’t stopped Kik Messenger from continuing to improve its app — and it seems mobile users are paying attention.

Kik announced today that it has reached 30 million registered users, and it’s also adding 100,000 new sign-ups every day. The company also unveiled “Kik Cards,” which let you create and share media with friends from within the app. 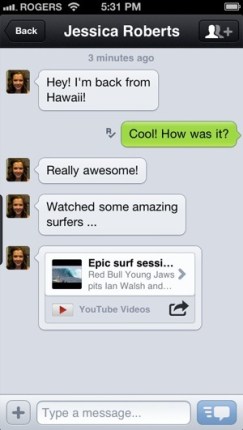 Despite the new features, Kik is still laser-focused on maintaining its simplicity, founder and chief executive Ted Livingston told VentureBeat in an interview last week.

“It’s exciting for us because we feel we’ve cracked how to keep an app simple, but also how to add all of the things users are asking for,” Livingston said. “On our side, we’ve also learned how to build new things really quickly.”

Like other group messaging apps, Kik lets you instantly chat with other friends running its app. But unlike Apple’s iMessage, it’s also cross-platform, with apps available on iPhone, Android, Windows Phone, and BlackBerry.

Unfortunately, Kik isn’t talking about its active user figures, so it’s unclear just how engaged those 30 million registered users are.

The Kik Cards, which are built entirely in HTML5, include a YouTube viewer, Sketch app, and Bing-powered image search. Any of the content you find within the cards can be easily plugged into an existing Kik conversation. The cards are accessible by swiping from the left edge of the Kik app — which means they won’t get in the way of Kik’s core messaging interface.

While the cards don’t offer any groundbreaking functionality, they serve the basic purpose of keeping Kik’s users within its app. Before, you’d have to open a browser or another app to find images or YouTube videos. You wouldn’t be able to easily tell the cards are actually web applications — they all performed as smoothly as the Kik app’s messaging functionality in my testing.