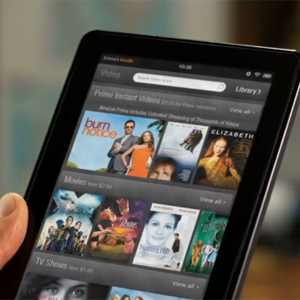 The arrival of Amazon’s Kindle Fire, a $199 tablet, in a market dominated by $500 models looks like an obvious case of price disruption.

Not so fast, says Horace Dediu, an analyst at Asymco: Amazon’s margins are too thin to allow it to compete on the tablet’s core technology. It’s an interesting counterpoint to the arguments that most observers have made in the wake of the Kindle Fire’s launch.

The Kindle Fire, announced earlier this week and shipping November 15, costs just under $200. For that, you get a dual-core processor, a 7-inch LCD screen, a modified Android operating system, and some enticing cloud-based features that let you access your books, music, movies and more via an internet connection. There’s even a promising-sounding browser, called Silk, which uses Amazon’s cloud infrastructure to speed up browsing by pre-fetching and cacheing pages you are likely to click on.

Compare that to the specs offered by numerous other tablets, and the Fire looks like a serious competitive threat. It may not push the envelope technologically, but its price is so low that it could be a truly disruptive innovation on the cheaper side of the market. In fact, it’s already prompted Best Buy to slice prices on the BlackBerry PlayBook by $200. Other 7-inch tablets, such as the HTC Flyer and the Samsung Galaxy Tab 7.0, are already going for about $300, so a $100 price cut is not out of reach.

And Amazon has a not-so-secret weapon: It can afford to sell the Kindle Fire for less that it costs to manufacture it, because it will more than make up the difference with sales of media — and even goods. The Fire becomes not just a media device, but a way for Amazon to have a direct pipeline to its customers, pushing them offers for everything Amazon sells, including clothing, electronics, housewares and more.

Add that all up, and the Kindle Fire looks like a serious threat to Apple’s iPad.

Dediu’s argument splashes some cold economic theory on that optimistic assessment. It’s a complicated argument, in which Dediu compares the Kindle Fire to other hardware products subsidized by ongoing service fees, such as game consoles, set-top boxes and cellphones.

In most of these cases, the subsidy means that a company’s profits come from its ability to maximize service sales, not hardware sales. The incentive to invest in updating the hardware technology is accordingly minimized: Game console cycles stretch across many years, for instance.

Dediu’s argument boils down to a simple point, however: Amazon’s margins on the digital goods it will sell through the Kindle are razor-thin. That means it will take a large volume of sales to subsidize the Kindle’s sales cost, encouraging Amazon to wait a long time between updates to the underlying hardware. They’ll need to amortize that cost over several years to make the accounting balance out, rather than pushing customers to buy a new tablet every year or two.

As a result, the Kindle Fire is unlikely to advance rapidly in terms of its technology. Amazon is going to milk as many years as it can out of each generation of the tablet.

That’s not a big deal for Amazon if tablet technology has essentially plateaued, because Amazon is very well-positioned to compete on the basis of its services and additional goods. But if tablet technologies continue to advance, the Kindle Fire could look increasingly like a technological backwater.

Dediu’s conclusion: the Kindle Fire is no threat to the iPad.