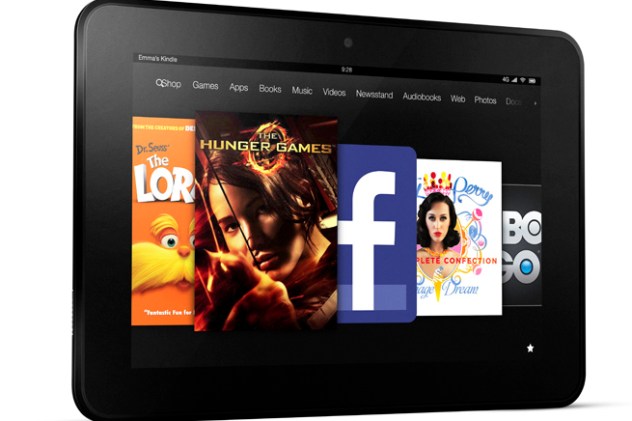 Even though it sounded like Amazon’s plans for a larger tablet were on the back-burner leading up to today’s event, the company surprised us by announcing the Kindle Fire HD, an 8.9-inch tablet with a bevy of drool-worthy features.

More than just a bigger Kindle Fire, which was criticized for its cheap build quality (it was basically a rebadged BlackBerry PlayBook), the $499 Kindle Fire HD appears to be the result of great care from Amazon. Here are a few of the reasons we’re amped for this new tablet:

The screen: The Kindle Fire HD features an 8.9-inch IPS display running at a whopping 1,920 by 1,200 resolution. That means it can play 1080p HD movies at full resolution. The screen also sports a pixel density of 254 ppi, only slightly lower than the iPad HD’s 264 ppi display. (In this case, having a smaller display works in the Kindle Fire HD’s favor.)

The tablet’s screen also features an “Advanced True Wide Polarizing Filter,” which allows it to show the full color spectrum from any angle.

The processor: Instead of relying on Nvidia’s Tegra 3, like so many Android tablets this year, Amazon opted for Texas Instruments’ OMAP 4470 processor. The company says it performs 50 percent more floating point operations per second than the Tegra 3 — 12 billion compared to the Tegra’s 8 billion. The OMAP chip also has 40 percent better memory bandwidth.

In short, this thing will scream.

The data plan: Amazon shocked everyone today with it’s pricing of the Kindle Fire HD’s 4G LTE data: $49.99 for the first year (presumably, you’ll have to sign up for a normal data plan for subsequent years). That nets you 250 megabytes of wireless data a month, 20 gigabytes of cloud storage, and a $10 Amazon credit (gee, thanks!). In comparison, Apple’s new iPad will cost you $230 annually for the same amount of wireless data.

The sound: The Kindle Fire HD comes equipped with two speakers as well as Dolby Digital Plus technology. I had a chance to test out Dolby Digital Plus in tablets a few weeks ago, and I found that it makes a dramatic difference in sound quality. It lets tablets make the most of their speakers by making dialog easier to hear in movies, as well as by virtualizing surround sound. You wouldn’t mistake it for a home theater, but it sounds better than the iPad’s single speaker by a mile.

The wireless tech: Amazon’s new tablet comes with support for 5 gigahertz 802.11N wireless, which the iPad and other tablets already support. But the company went the extra mile by including two radio antennas and MIMO wireless technology, which can give you a strong wireless signal even if there are objects between you and the Wi-Fi router.