in the wake of a shake-up with Facebook’s mobile analytics firms, Kochava is launching a new version of its own platform for measuring the effectiveness of mobile ads.

Facebook recently ended its data-sharing relationship with mobile analytics providers Kontagent and HasOffers because they hung on to user data longer than they were allowed to do so. With those two companies no longer able to participate, Facebook recommended that mobile analytics customers turn to data provided by Kochava, Ad-X, and Apsalar. 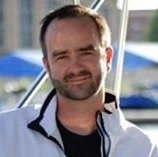 Sandpoint, Idaho-based Kochava is launching version 2.0 of its mobile app attribution platform — one that allows mobile advertisers (such as game developers) to understand how effective their advertising campaigns are when it comes to trying to get new users. These so-called user acquisition campaigns are critical because it’s so hard to get good apps noticed on mobile platforms where there are a million rival apps. The new platform is available now.

Facebook has become an extremely effective platform for advertising apps to mobile users. But it relies on mobile ad tracking companies to report the results of those campaigns to the advertisers. With Kontagent and HasOffers banned, Kochava has seen a big increase in queries from potential customers, said Charles Manning, chief executive of Kochava, in an interview with GamesBeat.

“We can look back at what results in installations,” Manning said.

Kochava uses visualization to help advertisers get a real-time picture of the clicks, installations, and post-install events related to mobile ad campaigns. That helps an advertiser like a game developer optimize the campaign’s targeting and understand the lifetime value of a user (LTV). The LTV is critical to know because the advertiser can figure out how much to spend in acquiring a user if they know how much that user is worth.

Manning said that Kochava integrates with 300 mobile ad networks, publishers, and exchanges — including Facebook, Google, Twitter, Yahoo, and Pandora. The company makes it easier to install metrics by providing a single buy-side software development kit (SDK). Manning said that customers can install the cloud-based Kochava platform in less than a day and that it is easy to add new sources for mobile media buys.

Yousuf Bhaijee, former user acquisition specialist at Disney Mobile, said to GamesBeat that the combination of data from Kochava and Disney’s own information could tell the company which users were the most valuable ones and which ad networks brought them to Disney. That was important, and it also made sure that Disney didn’t have to pay for the same user twice if more than one ad network claimed credit for the user.

The analytics from Kochava can drill into campaigns with insight into users, sessions, countries, device versions, platform versions, app versions, and other metrics. Where no device identifiers are provided by a publisher network, the Kochava platform automatically engages “fingerprinting” algorithms to accurately attribute those users with a device identifier. Kochava can eliminate double-billing and determine the real value of an end user.

Manning said his firm has hundreds of publisher-customers with thousands of apps live in the app stores. The customers include MachineZone, Disney, Kiwi, CBS, DeNA, and others.

Manning said his company treats privacy with a lot of care and adheres strictly to the terms of service of publishers. He said the data that runs through the Kochava platform belongs to customers and that data will not be used for re-targeting or other aggregated purposes.

Kochava got its start in 2011, and it has 23 employees. Manning said his firm started as a work-for-hire app developers for studios and agencies. Those agencies wanted to know how effective the apps were, but Manning couldn’t find a way to track the apps. So Kochava created its own tracking and started selling that service.

“We saw an opportunity in performance confirmation,” Manning said.

Kochava has been bootstrapped.