Layer has secured additional funding to further develop its messaging platform that lets brands and developers create a Facebook Messenger-like experience inside their own apps. The company today revealed that it has raised a $15 million Series B investment round, led by Greycroft Partners. Microsoft Ventures, Salesforce Ventures, CME Group, and existing investors SV Angel, AME Cloud Ventures, Promus Ventures, CrunchFund, Fuel Capital, and others participated.

The latest infusion of capital will be used to help Layer develop what it calls customized interactive “stateful” messages, and the company’s evolution will draw on the assets it acquired from messaging platform Cola, a deal Layer has now confirmed. The acquisition includes not only Cola’s core intellectual property, but also its patents, the back-end, and the technology stack it developed. Two of Cola’s engineers will also be joining the Layer team, including chief technology officer Jeremy Wyld, one of the original members of Apple’s iPhone engineering team. 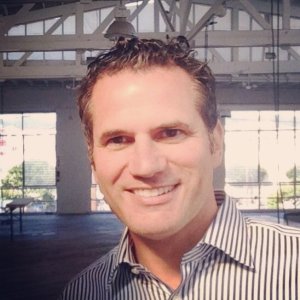 Ron Palmeri, Layer’s chief executive, described the round as “substantially over-subscribed” and said it comes from a group of investors who are excited about the company’s mission. While Layer is not profitable yet, it has been steadily decreasing its burn rate as it works to become cash-flow positive for the year. “We’re very hopeful that when it comes time to raise again, it will [be to] fund the next wave of growth, not that we need to raise money,” he said.

Some of the new investment relationships are strategic, giving Layer an opportunity to build up infrastructure and capabilities to target more up-market customers. This isn’t the first time Layer has worked with Microsoft, as the two companies collaborated on a messaging experience around this year’s World Economic Forum to offer translation services in an accessible manner. Layer will likely be able to tap into Microsoft’s artificial intelligence and machine learning capabilities as a result of the updated partnership.

And bringing in Salesforce and the CME Group (the firm behind the Chicago Mercantile Exchange) could further Layer’s reach in the sales and finance space.

Targeting the enterprise has brought about good results for the company — Palmeri estimated that the average deal size went up 10 times over the course of the year and that Layer is “steadily doing larger and larger deals with bigger companies.” “We’re going after big companies, not chasing small companies anymore,” he said. “It’s becoming harder and harder for businesses to differentiate themselves, so we want to give them tools to create branded and customized experiences that are mapped to their customers. A brand is really a conversation that a company has with customers. We’re giving them a really powerful set of capabilities on behalf of themselves, not someone else’s.”

To date, Layer has raised $23 million in venture capital. Palmeri declined to provide the company’s valuation.

What to do with Cola

As far as Cola goes, the service is no stranger to Layer — in fact, it’s built on Layer’s messaging platform. Cola was one of the first companies to build out rich messages, and when the opportunity came around, an acquisition deal was made.

“There’s a ton of synergy between the missions of Layer and Cola,” said Cola CEO David Temkin. “This is a perfect place for us to join forces with a company that very much shares and understands our vision. Cola technology will be available to Layer’s entire developer ecosystem, incorporating our platform into the hundreds of apps that Layer developers are building.”

“With this new acquisition, Layer is extending its messaging platform to give brands access to Cola technology — interactive, stateful messages that live inside a conversation,” Palmeri said. “Now, developers using Layer will have a framework to make these events interactive and collaborative.”

Launched in 2013, Layer functions as a platform to let developers implement messaging capabilities into their apps. This form of communication has evolved from one that is primarily among friends and families to become a preferred method when interacting with businesses, such as banks or airlines. But while Apple, Google, and Facebook play a dominate role in messaging, including recently adding features such as contextual actions to enhance the experience, Layer doesn’t think that developers should be forced to surrender creative control to these tech giants.

“Our mission is to provide businesses with their own branded experiences for mobile properties. It doesn’t have to be native apps and can be channels that matter to them, like email, SMS, and the web,” Palmeri told VentureBeat. “A big part of our mission is to bring the same set of capabilities that the big guys have to an explicit experience our customers are trying to make.”

Above: Examples of bubbles within the Cola messaging platform.

With Cola’s technology, Layer is moving forward with its pursuit of “stateful” messages, which not only provide contextual action items within conversations, but are customized based on specific behaviors. “It’s the foundation for companies to build not only benchmark best-in-class messages, but to take technology and build things that will be specific to the workflow of businesses,” Palmeri explained. “At different stages, [messages] can look different and serve different purposes. Think about moving through the mortgage or claims process [through messaging apps].”

A big part of Cola’s platform was the templated “bubbles” that aimed to streamline conversations and eliminate text-a-thons. Some of the pre-installed bubbles let you do things like track your flight, watch YouTube videos, add animated GIFs, display the weather, create a poll, manage a conference call, share a to-do list, send your location, find out times to meet, take a photo or video, access your media library, and inform others you’re on your way.

Palmeri promised that these bubbles will still be available, but Layer will continue to develop a framework that will allow developers to build their own, likely keeping the open platform that Cola debuted in July. “This is where things will get interesting,” he said. Palmeri cited as an example stylist startup Trunk Club, which built its own bubble-like capability outside of Cola to provide a concierge experience to shoppers. “[This is the type of] thing that we want people to build easily with the whole platform.”

When asked about the acquisition price VentureBeat had reported earlier, Palmeri declined to share details, but he said the total value of the acquisition “was higher. It cost Layer far more than $75,000.” He cited things such as talent costs, patents, licenses, and other considerations and said it was an all-cash deal.