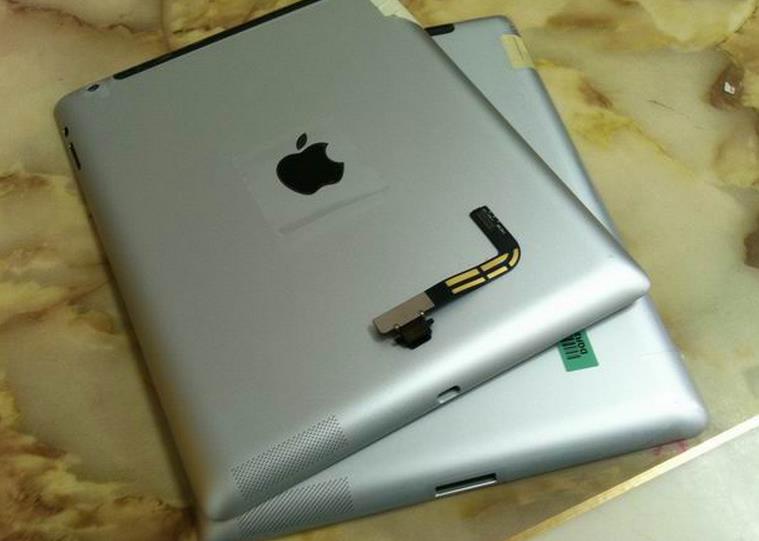 A photo of what looks like the shell of a new 10-inch iPad leaked online today, showing off Apple’s new 8-pin Lightning dock connector.

If the photo above, which was obtained by Apple.Pro, is real, it would back up previous rumors indicating Apple’s plans to release a slightly upgraded version of its iPad 3. This new model iPad is expected to make its debut at the Oct. 23 event, along with a possible 7.85-inch iPad Mini and a new version of iBooks.

While the iPad 3 isn’t even a year old, it wouldn’t surprise me if Apple disregarded the ire of early adopters by releasing a brand new version. It would also fit in line with Apple’s strategy of dropping the version number on the iPad itself. (Technically, there is no “iPad 3,” only the iPad with retina display.)

The timing of a refreshed iPad 3 now would also make sense, since Microsoft is releasing its own line of premium Microsoft Surface tablets Oct. 26.