Lemonade, a peer-to-peer (P2P) insurance firm backed by chatbots, morals, and big bucks, has launched in California, its third state after New York and Illinois.

Founded out of New York City in 2015, Lemonade is a fully licensed insurance carrier in its own right, meaning it underwrites its own policies, unlike many other entrants in the growing InsurTech space.

With a focus on homeowners and renters, the company strives to differentiate itself in a number of ways, including by cutting bureaucracy and speeding up the application process. But arguably its most intriguing selling point is an annual “giveback” scheme through which it donates all unclaimed money to good causes. Indeed, users select a cause that they care about through the app, and all users who have selected the same cause are penned into virtual groups of “peers,” which in theory consist of like-minded people. Premiums generated from each group are used to cover claims by individuals, and then any money that’s left over is donated to their shared cause. 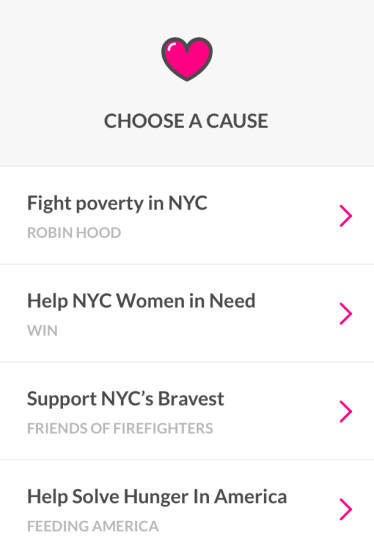 For homeowners, policies start at around $25 per month, while tenants are able to obtain policies from $5 per month. Lemonade makes money by taking a 20 percent cut from monthly policy payments.

Other notable facets of the company include a mobile-first approach to catering to the millions of people who now operate entirely off their pocket rockets, and the company uses chatbots to automate interactions with its customers. Users taking out a policy or making a claim will encounter either Maya or Jim, who are in fact real people at Lemonade, though it’s their automated avatars that customers will be interacting with, for the most part. 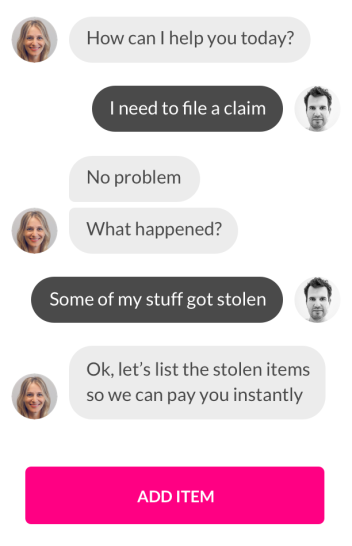 With around $60 million in its coffers — from some big-name backers, including GV (formerly Google Ventures), Sequoia Capital, and Ashton Kutcher’s Sound Ventures — Lemonade is doubling down on its efforts to reach the majority of the U.S. population “in a matter of months,” according to a company statement.

Lemonade should find some fans among those seeking an “ethical,” fully licensed insurance provider, one that’s even gone so far as to register as a public benefit corporation, especially now that it’s available to tens of millions more people.

“Most Americans view insurance as a necessary evil, rather than a social good,” said Lemonade cofounder and president Shai Wininger. “That’s something Lemonade is determined to change. Expanding to California is a key milestone on Lemonade’s journey.”