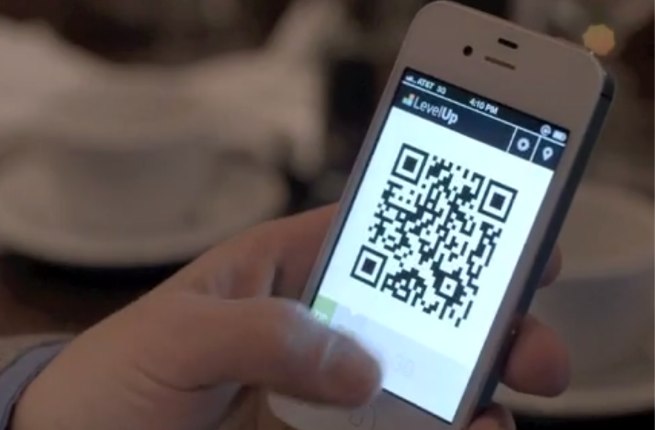 LevelUp, the one-year-old mobile payments arm of Boston startup SCVNGR, is now providing merchants with the sweetest of incentives for using its mobile payments and rewards system: no credit card processing fees whatsoever.

LevelUp offers an iPhone and Android QR code mobile pay app for consumers and a terminal system for merchants to process payments. The mobile apps are used by roughly 200,000 consumers, and the payments option is accepted at more than 3,000 locations in 10 U.S. markets.

Today, the company, which recently received a $12 million cash infusion, is so confident in its ability to monetize mobile payments through alternative mechanisms that it’s dropping credit card processing fees for good. LevelUp was previously charging merchants 2 percent per transaction.

LevelUp’s move to eradicate these processing fees, called Interchange fees, may very well represent a shift change in an industry where processing fee-based models are the standard.

“We think we’ve actually got the model that obviates the need for Interchange to be how payments make money,” SCVNGR CEO Seth Priebatsch told me in an interview. “We think that this is an economic inevitably.”

For comparison, Square charges 2.75 percent per swipe, while PayPal’s and Intuit’s mobile pay solutions charge merchants marginally less per swipe. These companies are also forced to shave off fractions of a percent to compete with each other and win merchants over to their platforms. 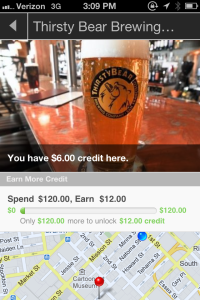 Interchange zero, the phrase Priebatsch uses to describe a phenomenon he believes will lead to the day when the cost of moving money reaches zero, sounds about as interesting as watching paint dry. But if the theory holds true, the development could dramatically reduce the amount merchants spend annually — $50 billion give or take — on accepting credit cards. Plus, if Priebatsch has his way, the movement will spark a radical new way of thinking among players in the space that may bring tasty treats to consumers toting around mobile wallets.

“We might be the first to hit an Interchange zero-stable ecosystem, but we’re definitely not going to be the last,” Priebatsch said. “By firing the first shot … I’m hoping we kick off a cool space race for people to try and invent the value that can be added to the merchant or consumer, above and beyond the payment, that makes Interchange a thing of the past.”

The stable ecosystem he speaks of includes two revenue-generating merchant campaigns designed to provide value to the consumer and the merchant. LevelUp is making enough money from skimming off the top of these campaigns to subsidize the cost of credit card processing fees. 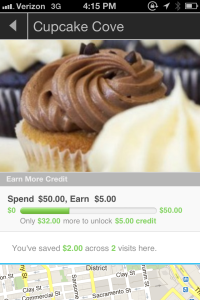 A merchant can choose to run either a new customer acquisition campaign or a loyalty campaign.

The donut shop around the corner can try to drum up new business by agreeing to offer a $5 credit to 100 new customers (LevelUp provides highly specific in-app targeting options, Priebatsch said). For each new customer who visits the donut shop, pays with LevelUp, and redeems the $5 credit, LevelUp makes $0.35 per dollar of credit redeemed. In this scenario, LevelUp would take home $1.75 per new customer passed through to the donut store.

When the donut shop wants to attract repeat business, it can craft a loyalty campaign and allow customers who spend a set amount with LevelUp, say $50, to unlock and redeem a credit (sample pictured left). LevelUp takes home the same $0.35 for each dollar of credit redeemed.

“It’s weird, but it’s cool,” said Priebatsch of LevelUp’s new system. “The thing that we’ve done that’s of value is drive the customer in the door, and that’s a fixed, concrete thing that we can stake our name to and make money off of. And we feel really good about that.”