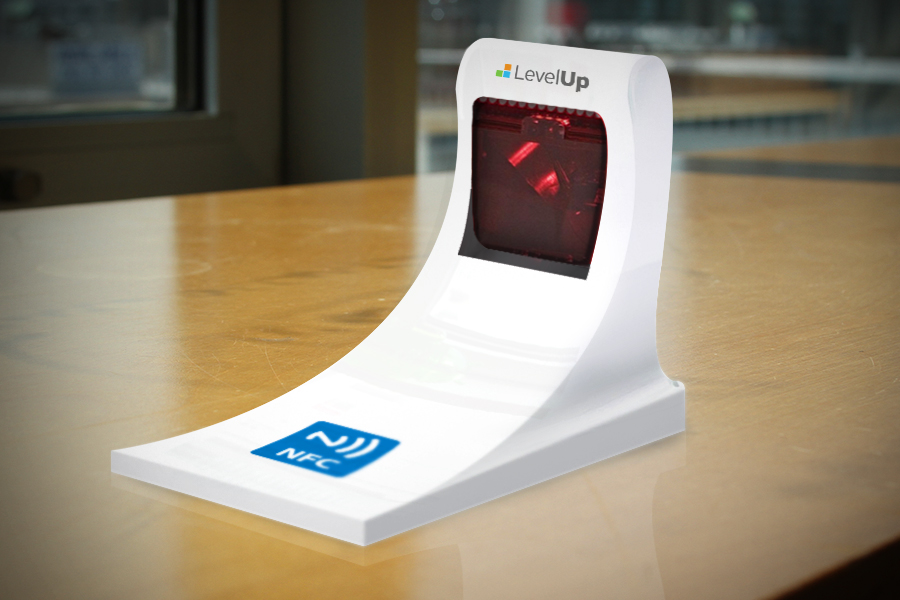 In with the new, out with the — well nothing, actually.

LevelUp, the mobile payment network from Boston upstart SCVNGR, has embraced near field communication technology, conveniently one week ahead of the the iPhone 5 event. Today, the startup started rolling out new terminals capable of processing pay-by-NFC-tap mobile transactions.

The company’s existing QR code, pay-by-scan system is also supported by the new device, which should give consumers and merchants the best of both worlds.

LevelUp operates a mobile payment network with 3,500 U.S. merchants in 20 U.S. markets, and 250,000 active users. The service recently rounded up $21 million in funding to scale growth. The new NFC-equipped terminals, along with a newly adopted “interchange zero” policy, are designed to accelerate LevelUp’s maturation process.

The hybrid terminal is the company’s fourth to date and is its first piece of hardware made with longevity in mind, SCVNGR CEO and founder Seth Priebatsch told me. The device should last the standard lifecycle of a credit card terminal, or three to five years, he said.

The timing of the release has everything and nothing at all to do with next week’s big iPhone 5 reveal, Priebatsch said. Should Apple’s latest mobile device include an NFC chip — as suggested by not entirely credible rumors — then LevelUp will be positioned to make the most of that news. If not, as seems to be the consensus, then no harm, no foul.

Participating merchants can expect to get the fancy new (and still free) hardware in batches. Today marks the start of a month-long beta period. Later, new merchants who sign-up for the service will get the fourth generation hardware. All businesses should have the terminals in three months time, Priebatsch said.