The LG G6 feels like a long phone, but it’s actually not that tall. The magic is in the display: its unusual 18:9 aspect ratio, its very narrow edges, and its rounded corners in place of the sharp 90-degree ones you usually see.

Photos, videos, and even text look excellent here, especially when you can expand the content from a more traditional 16:9 aspect ratio to take advantage of the entire display, using the Settings > Display > App scaling options.

The other big draw to the G6 is that you can use it even when it’s wet, because it’s been tested to have IP68 water and dust resistance. “So what?” you say. So I don’t have to stand around in the bathroom waiting to get into the shower if I want to watch the entirety of a video. I can just bring it in with me. Imagine that. It’s awesome. And it’s something that I think people will increasingly expect in the future when they buy phones. 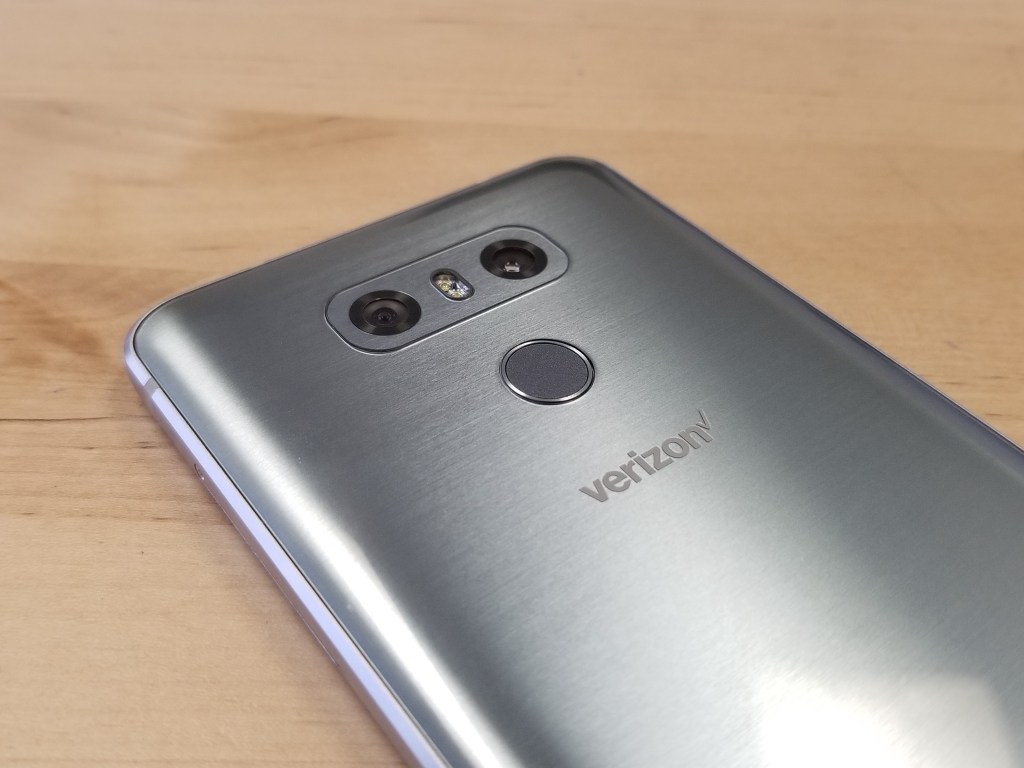 Above: The dual cameras and fingerprint scanner on the back of the LG G6.

On this phone sometimes water can affect sound quality and even touch responsiveness. But it’s still usually good for a few taps when surrounded by liquid.

The trouble is, the Samsung Galaxy S8 also features water resistance and an 18:9 display, so it’s not like the G6 will get all the attention for its distinctiveness this year. And Apple’s iPhone 7 and 7 Plus from last fall can handle water, too. Plus, Apple will announce its major 10th anniversary iPhone in just a few months.

But what we have here is a solid smartphone, one that’s more comfortable to use than the V20 from a few months ago. The V20, with its narrow secondary display at the top, has a 5.7-inch QHD display just like the G6, but the G6 is easier to hold, and lighter to boot. That said, you can’t remove and replace the battery inside the G6 the way that you can on the V20, and that is unfortunate.

The fingerprint scanner on the back is fast-acting. There is a headphone jack, thankfully, unlike the iPhone 7. Performance is sufficiently snappy, owing to the Snapdragon 821 chip and 4GB of RAM. The phone charges up quickly over USB-C, and you can charge wirelessly if you want, even when the phone is freaking soaking wet.

The 3,300 mAh battery lasts for hours and hours. Verizon claims it carries around 32 hours of “use time,” while reviewers have generally found the battery lasts five to eight hours in real life. Eight hours seems about right to me.

The phone comes with the Google Assistant, but that’s less of a distinguishing advantage now that Google is bringing the Assistant to more and more devices.

Even with its dual cameras on the back, the photographic capabilities of the G6 aren’t quite up to snuff in comparison with the Samsung Galaxy S8, from what I’ve found. Photos are slightly duller and blurrier at close range with the portrait camera, particularly when you’re looking at photos on device, and you can pick up on a bit more noise in photos. The G6’s wide-screen camera provides a surprising novelty effect, but at the expense of image quality. 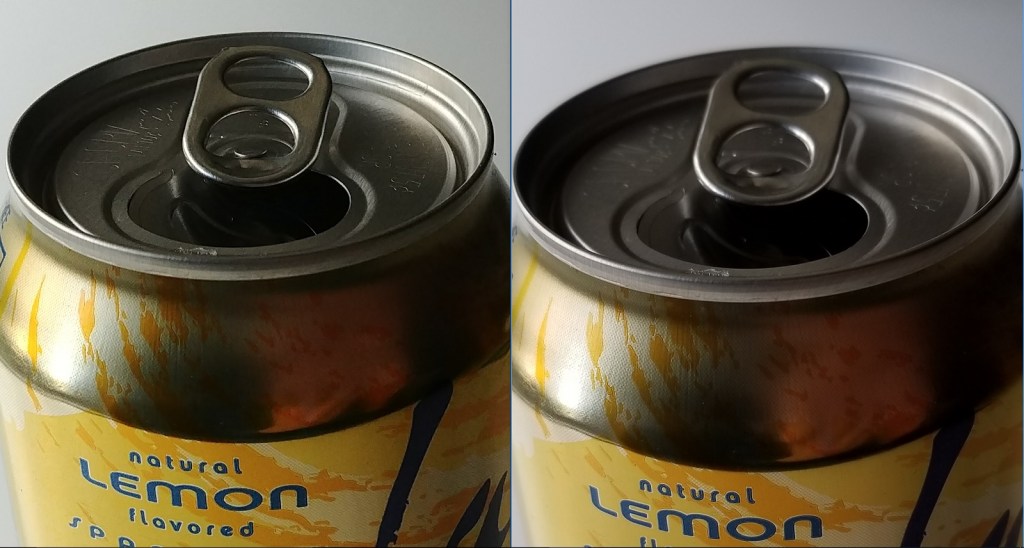 Above: Two portraits of a La Croix can: LG G6 on left, Samsung Galaxy S8 on right.

Like the S8 and Huawei’s Mate 9, the G6 has a proprietary skin on top of stock Android that I could do without. What I miss the most is Google’s Night Light setting that lowers the color temperature at night, which can help you fall asleep. The S8 does have a “blue light filter,” although it won’t let you tinker with the settings the way you can on the Pixel. If you are an LG head, you might not mind things like this, and you want to stay with what you know. I’m not one of those people.

On the back you find a metal cover with Gorilla Glass — a smooth surface to glide your finger over, but it’s not ohmygoshamazing like the Jet Black iPhone 7 Plus. If I’m being honest, the slightly reflective “platinum” back reminds me of the silver paint color that was popular on cars in the U.S. during the late ’90s.

Ultimately, the G6 is respectable and a move forward from the G5, but it has been outclassed by the S8. Plus, the Pixel from last fall still feels more cohesive overall. And the 2017 flagship phones from Google and Apple are still to come.

The G6 wouldn’t be the worst phone to get, but it might not be the best, either. And if you’re considering a phone that costs $650 or more, why pay so much for anything less?