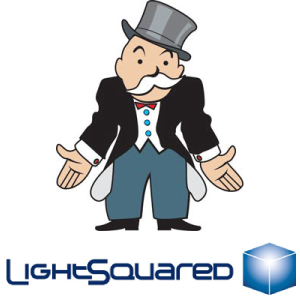 In a last-ditch attempt to keep its wholesale LTE 4G network alive, Lightsquared may be considering swapping its wireless airwaves with the Department of Defense, sources tell the Wall Street Journal.

The FCC yesterday rejected Lightsquared’s application to build a wholesale LTE network in the U.S. because it had irrevocable issues with GPS equipment. The DOD’s airwaves, on the other hand, are farther away from GPS signals and shouldn’t cause any interference, the sources say.

But of course, for such a deal to be made the DOD would have to be willing to swap with Lightsquared. Something tells me the DOD wouldn’t have much use for wireless frequencies that don’t play nicely with GPS, especially since its current airwaves are mainly used for aircraft testing.

Lightsquared is said to be looking at other potential options for turning around its network, but at this point it’s unclear what those would be. The DOD swap would also require Lightsquared to raise additional funds, which would be difficult now since the company will soon have to cough up interest payments on $1.6 billion in secured loans and hundreds of millions in debt.

In related news, Sprint will likely have to return $65 million in prepayments to Lightsquared if it can’t figure out some way to get its LTE network approved by the FCC. The two companies announced a major 15-year deal last year that would have seen Lightsquared pay Sprint $9 billion to help build out its LTE network.

Reston, Virginia-based LightSquared was founded by billionaire Philip Falcone with the goal of reselling its LTE mobile broadband network to others.