Line, Japan’s popular mobile messaging app that has been struggling to grow beyond its home turf, today released an updated Android app (version 5.4.0) with a new focus on low-cost calling.

The rebranded Line Premium Call service, now known as Line Out, lets users make calls to mobiles and landlines anywhere in the world “at competitive rates” from inside the app.

The company also wrote on its blog that the calling feature has been given a “major overhaul to make it easier than ever to use,” so the move to a simpler and more memorable name makes sense. Line Out will likely sound familiar to anyone who has used Skype’s similar feature (previously called SkypeOut).

The update is likely part of a wider push by the company to appeal to a broader international user base after its Q2 earnings report at the end of July revealed it was struggling to grow outside Japan. Its revenues were also down quarter-on-quarter for the first time.

The company is likely looking to grow its paying phone-calling customers — many existing users already have credit cards linked to their accounts — in order to take some of the pressure off its other revenue channels. Line currently makes most of its money through stickers ($75 million in its first year) and in-app purchases within its gaming titles.

Line Out has also been given more prominence within the app, now available as a Calls tab from the main horizontal menu bar alongside the tabs Friends, Chats, and Timeline. 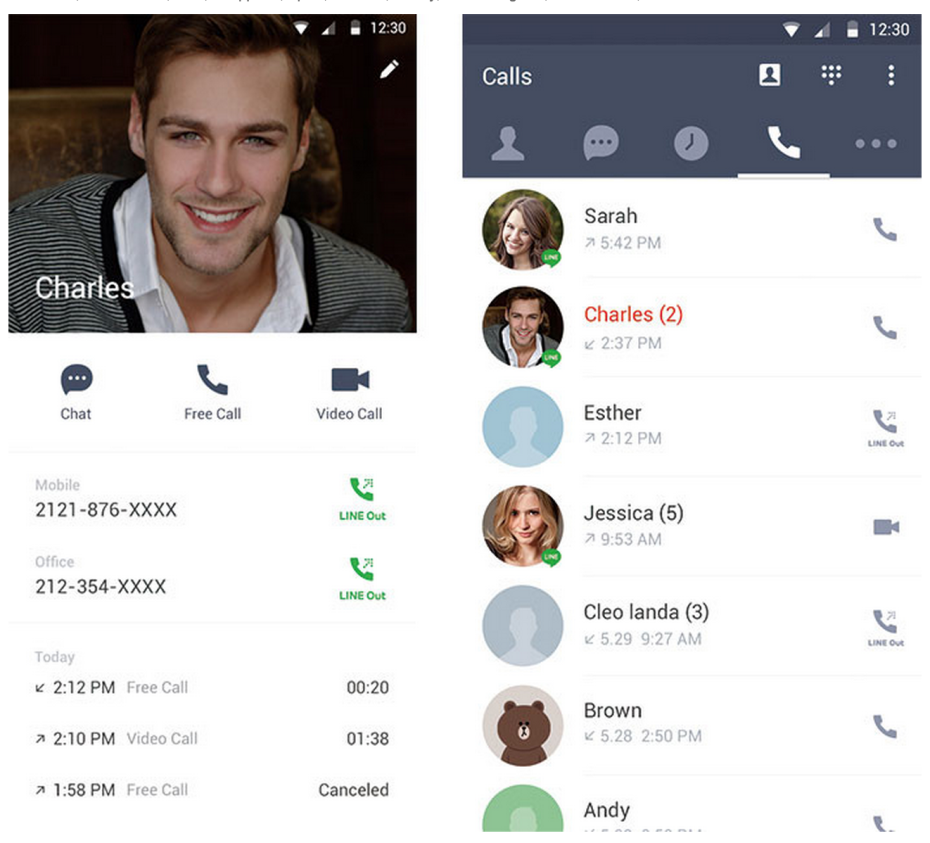 But the calling out experience still isn’t integrated entirely smoothly. Because users will oftentimes be calling friends or contacts on their mobile or landline who are not Line users themselves, there is some manual setting up required to make it all work.

From within settings, you will have to “sync up friends’ phone numbers registered inside your phone’s contacts to make easy and low-cost calls to friends who aren’t using Line yet,” according to the company. For Line users who have already added phone numbers to their profiles, obviously this additional step won’t be required. But then when free voice calls are available within the app over an Internet connection, it seems unlikely that many Line Out calls will be made to existing Line contacts.

A built-in keypad is also accessible through an icon at the top right of the app’s home screen for users who want to dial a number “the old-fashioned way.”

While this update in and of itself may not seem especially notable, it is likely to be the first of many in what will emerge as a wider attempt to offer paid services that attract international users, and that help Line to differentiate itself from more successful competitors like WhatsApp.

As further evidence of its continued push into new markets, earlier this month the company launched a Lite version of its mobile messaging app globally (clearly aimed at users who don’t enjoy such fast speeds and generous data consumption as in Japan), as well as a new app that lets friends share their current locations in real time.