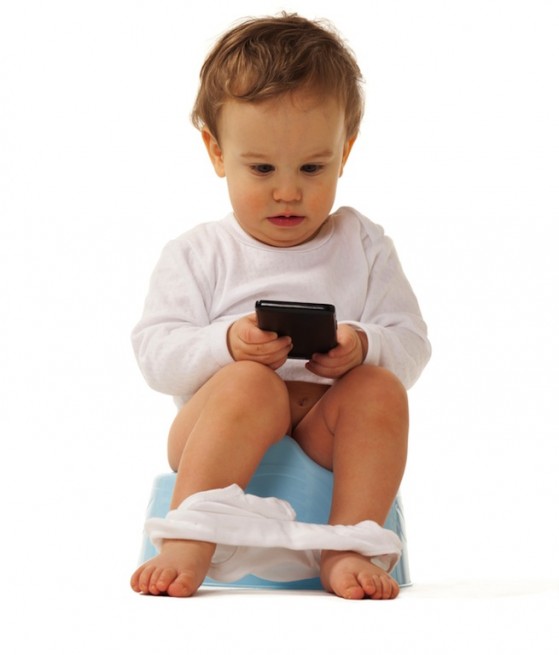 Growing up, “no phones at the dinner table” was only starting to be a thing. Now, as Lookout Mobile points out in its latest study, we can hardly keep phones out of any place, including church, the bathroom, the bed, anywhere.

Lookout Mobile, which creates security software for mobile phones, surveyed over 2,000 Americans to find out just how attached to our phones we’ve become. We see these surveys a lot, but it still amazes me how an invention, which people were once afraid to even install in their houses, has become like a pinky finger: seemingly necessary, always with us, but non-essential to our general survival.

Obviously our smartphone addiction runs deep. Fifty-eight percent of us can’t go an hour without checking the little screen, the majority (73 percent) of those people being men. For 54 percent of us, it’s the last thing we do before bed, the first thing we wake up to in the morning. One in 10 people check it at church, and for some stupid reason 24 percent of people still check their phone while driving (stop it).

But perhaps the grossest fact is that we can’t even be away from our phones long enough to tinkle. Thirty-nine percent of people check their phones while using the bathroom. Which leads me to wonder if e-books and digital newspapers have any room to grow as this percentage increases. 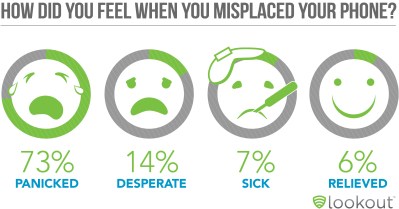 There’s even a name for the fear of being without your phone — we’ve written about this issue before: It’s called nomophobia. You know that feeling when you’re driving to work and you reach into your bag (because even if it’s too early to call anyone, Siri will talk to you) and you realize you left your phone at home? Imagine that, but all the time, even when you have your phone with you.

A study by SecurEnvoy shows that 66 percent of people in the U.K. suffer from nomophobia. Women are more affected than men, but men are more likely to back up their phones with, you guessed it, another phone.