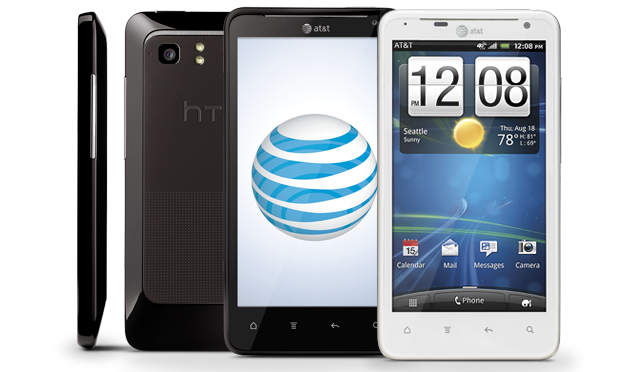 By upgrading to the latest version of Android, HTC Vivid owners will see huge performance bumps with their smartphones — a sign that other Android phones could see similar gains.

Upgrading to Android 4.0 provides a significant performance boost to the HTC smartphone, up to 66 percent faster than when running Android 2.3, according to our benchmarking tests.

Previously, the only smartphone with the latest Android software was the Samsung Galaxy Nexus, considered the current “Google phone”, which receives software updates from Mountain View search giant before all other Android phones. With the release of Android 4.0 for the Vivid, now the two largest US carriers have access to ICS. Samsung recently released ICS for it’s Samsung Galaxy S II smartphones to some European countries, and South Korea.

Notably, the HTC Vivid is the first US phone to receive an upgrade to ICS, and it’s the first phone to actually show the benefits of the updated software in measurable performance. It should be noted that the HTC Vivid was not designed to be the fastest smartphone; it was designed to be the first 4G LTE smartphone capable of working on AT&T’s at-the-time brand new LTE network. The results, however, are impressive.

Using a number of industry standard benchmarks, we tested the HTC Vivid first on Android 2.3, and then upgraded the device to 4.0 and compared the results. 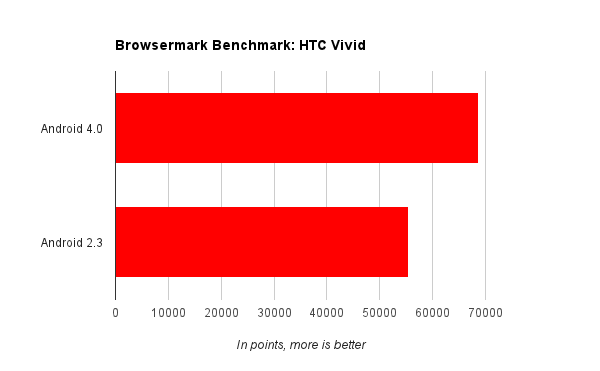 Browsermark tests a handful of different web-specific processes, including graphics rendering, word parsing, and processing HTML. It’s a powerful generalized benchmark for testing overall web-browsing quality. Android 4.0 scored an average of 24 percent faster than the older version of the OS. 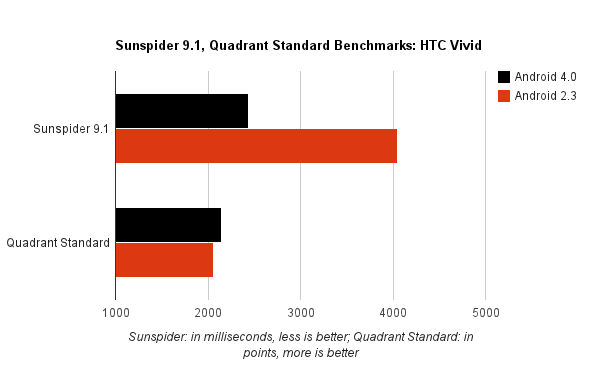 Sunspider 9.1 is a popular Javascript benchmark, which processes the coding language as fast as devices can manage. With Android 4.0, the Vivid processes Javascript 66 percent faster than with Android 2.3. No hardware modifications were made to the phone for it to receive such a jump in performance.

Quadrant Standard, another popular benchmark which tests both graphical and standard processing power, only saw a slight boost of 3 percent. Another benchmark performed, Linpack, had no actual performance gains with the new OS. The reason is because both benchmarks very stringently test hardware performance, and rely very little on the software. 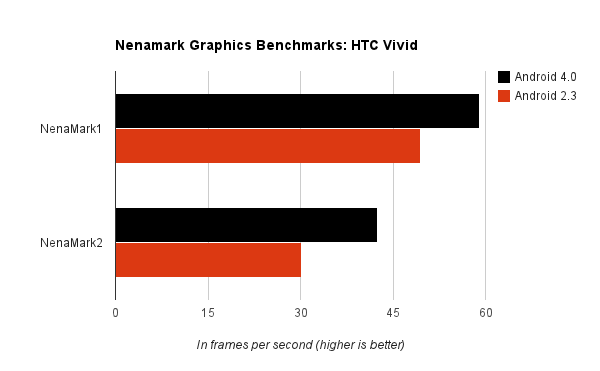 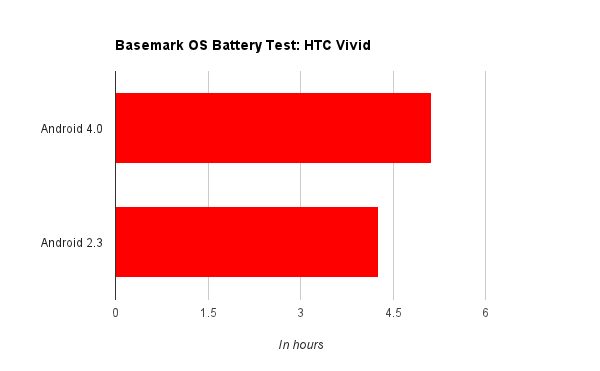 More importantly is the boost to battery life under normal operations. I used the benchmark “Basemark OS” to test the battery under stress, and as you can see above, there is almost an hour of additional processing available to users. For practical use that means more time browsing the web, running applications, and general phone activity. Not necessarily more call time.

It is general practice to update to the latest firmware for slight performance gains and bug fixes, though the Vivid upgrade to Android 4.0 is a significant improvement. The device itself is noticeably faster, especially when browsing the web. Android 4.0 also provides a better, more streamlined smartphone experience than 2.3, but we recommend Vivid owners download the latest firmware for the incredible performance boost.