After casually using the word “Magicverse” to describe all the apps and games tied into Magic Leap’s spatial computing platform, the company officially trademarked the name in July. Now the concept is taking another step forward at the L.E.A.P. conference today in Los Angeles: CEO Rony Abovitz today explained the company’s Magicverse concept — an initiative to create a persistent collection of Magic Leap experiences that can also be accessed by non-Magic Leap devices.

Joined in a panel discussion by fellow Magic Leap executives Neal Stephenson and John Gaeta, Abovitz explained that the Magicverse is a “system of systems bridging the physical world and the digital world.” To put the concept into perspective, he identified four “north star” concepts that are guiding the company’s development efforts: 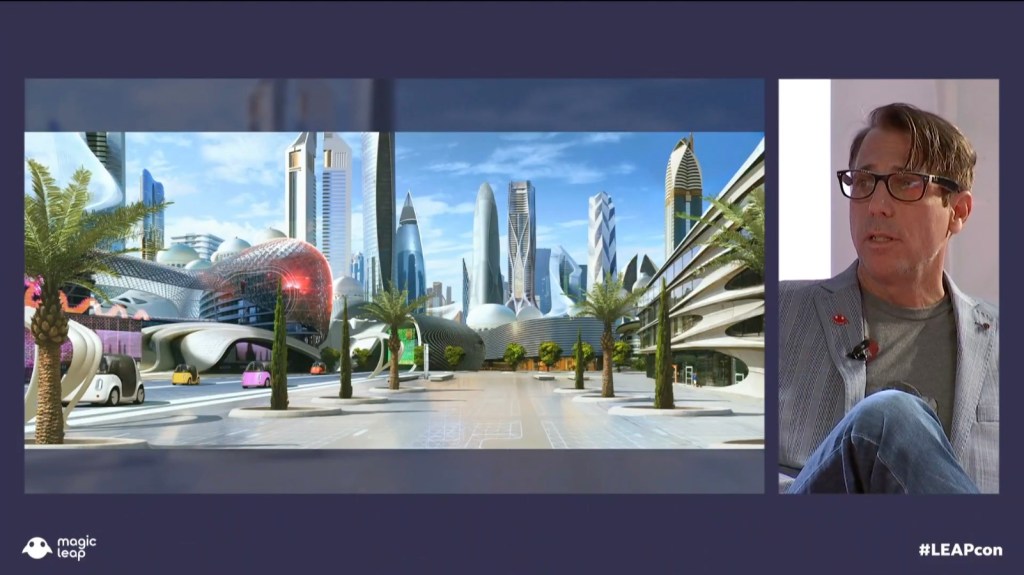 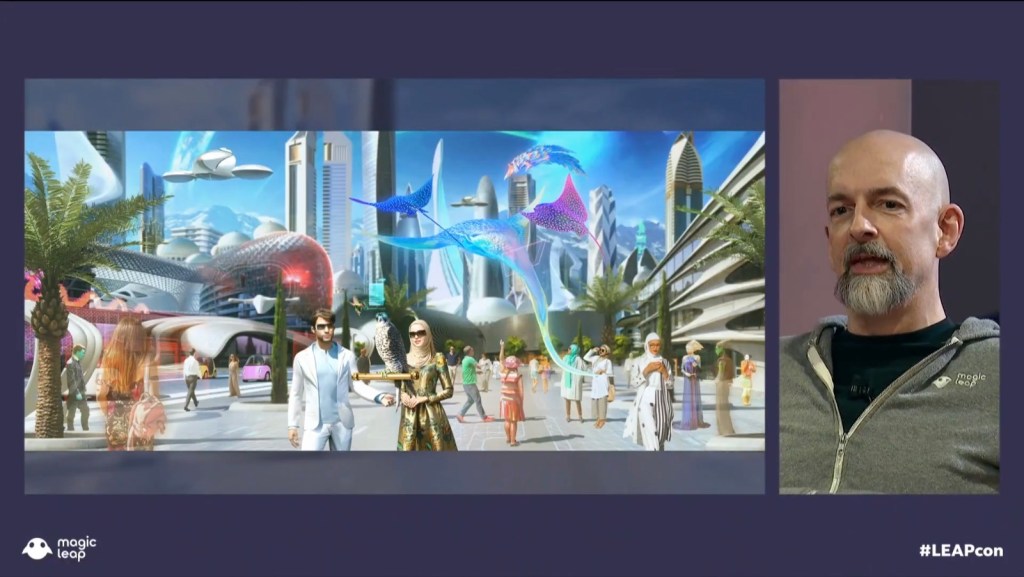 There will be competing “xVerses” from other companies, the panel predicted, but the Magicverse is being built to be open and privacy-focused. Abovitz also said that urban centers are already building out city-scale collections of experiences for Magic Leap; to illustrate the concept, Gaeta and Stephenson showed images of a futuristic city augmented by digital overlays that people could see while wearing ML headsets.

While the panel’s discussion was decidedly high-level and theoretical, it has some concrete implications. Prior to the event, Abovitz said that the Magicverse will allow phones, tablets, computers, VR headsets, and future devices to interoperate with Magic Leap content, at least partially opening what has until now been a tightly sealed Magic Leap development ecosystem.

For Magic Leap, there are two obvious benefits. While the company focuses on its ability to give rival devices a window into Magic Leap worlds, it could also spur developers to bring content developed for other platforms to Magic Leap One headsets.

The latter component is critically important for Magic Leap at this stage, as it must convince early developers to invest resources in a young and expensive proprietary platform. Few software makers have the budgets to build entirely new experiences for a platform with a tiny audience, but providing a Magic Leap-specific take on a previously related game or app could make sense.

Developers will be able to use popular tools such as Unity and the Unreal Engine to create Magicverse content. Additionally, a LuminOS software roadmap during the event suggested that a Webview mode will come by the end of 2018, with a Spectator View following in the first quarter of 2019, collectively enabling content to be externally watched on screens other than the Magic Leap One currently being worn.