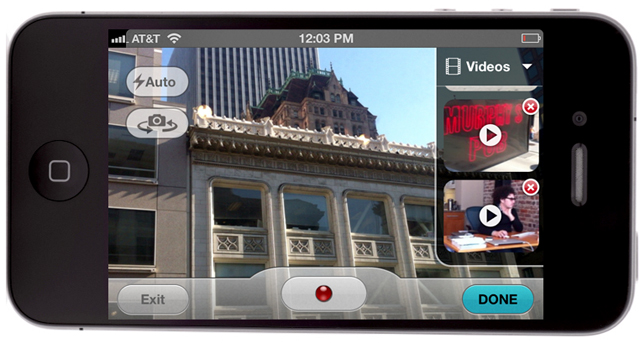 Magisto’s free (for now) service automates the video editing process for the untrained or lazy, making it possible for people to submit video clips to the service and let it do the work of cutting the video in an interesting fashion. Magisto scans the clips for noteworthy action and packages it with tricks like transitions and split-screens. Then users simply give the video a title and pick a soundtrack, and the video is ready to share on Facebook, Twitter, YouTube or e-mail. And now, you’ll be able to do so on the iPhone in just a few weeks.

“Since the invention of camcorders, video has always been too boring or too complicated for the average user,” Magisto CEO Oren Boiman said via email. “Consumers want a way to make great movies. Magisto’s artificial intelligence is that solution [and] Magisto for iPhone is the first end-to-end app that automatically turns plain mobile videos into edited and produced movies, just minutes after they were shot.”

The only problem I’ve seen so far with Magisto is that not every video is actually share-worthy, even with some ‘magical’ editing. For example, a skateboarding video with a mediocre boarder isn’t fun to watch even with editing tricks and transitions. Or how about an off-center video of someone playing Modern Warfare 3? Perhaps as people use the service more with their iPhones, they’ll be more discerning about what clips to upload.

On the funding front, Magisto received $5.5 million in second-round funding back in September following an undisclosed first round. Hong Kong investor Li Ka-shing‘s Horizon Ventures led the second round, with participation from prior investor Magma Venture Partners.

Update: The company has given me a little more clarification around release timing. A company spokesperson has informed me that the app will be live “within the next few weeks, if not early January at the latest.”

Check out a few more shots from Magisto’s iPhone app below:

And here’s one of the more decent videos I’ve seen from Magisto: