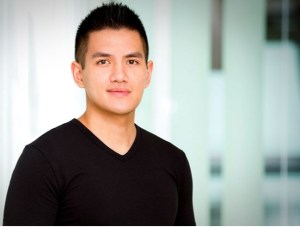 I’m pleased to announce that Jerry Hum, chief executive of Touch of Modern, is the latest speaker to join us for the executive-level Mobile Summit event in Sausalito, California on April 4-5.

Touch of Modern has been growing at a significant clip, largely on the back of mobile. And it’s staying modern — pun intended — by growing fast even while staying financially disciplined. That contrasts to other Silicon Valley startups that are in significant pain now that investors are pulling back, forcing them to slash their burn rates.

But the statistic that stands out is the following: In just 18 months, the company’s mobile traffic — and revenue generated from that traffic — has exploded, growing to two-thirds from just 15 to 20 percent.

The company has 9 million registered users, Hum said in an interview yesterday. It has hit a revenue run rate of $100 million, a number based on gross revenue because it includes the value of the merchandise it sells. The company is profitable, Hum said, though not this quarter because of a seasonal retail slowdown. Late year, a TechCrunch reporter visited the company’s office and noted how spartan it was — and correctly noted how different that was from most companies. Since the beginning of this year, though, most of the valley has followed suit and aggressively turned to reduce burn.

Like many ecommerce companies, Touch of Modern originally noticed that its mobile app wasn’t converting customers as well as its website did. But the company then launched a more fleshed-out second version of its app, and boom, it performed much better. Hum didn’t elaborate on the specific reasons, but he said traction was so significant that the company began actively pushing customers from its website to register for the app.

The company gets most of its distribution through Facebook because that’s the easiest way for users to register for the site. Touch of Modern targets new users on Facebook through ads, Hum said. It also works with Facebook-owned Instagram to engage existing users — often the same ones originally targeted on Facebook.

The company got another lift, Hum said, as it built out its inventory. Previously, it didn’t list enough items for sites like Google to find for indexing, and so the company didn’t do well in search engine optimization. That has changed now that Touch of Modern has enough inventory to rank high in several categories.

The company also recently discovered the magic of messaging, Hum said. Earlier, the company relied on email to deliver its daily feed of offerings. But as the feed list grew longer, Touch of Modern found it more efficient to call out certain deals that were particularly relevant to specific users. The best way to do that is through notifications. The company still relies on both methods: Email is strong because it lives in someone’s inbox and can stay searchable for days, whereas push notifications are used only for immediate, special offerings.

Touch of Modern is exploiting the natural habits of shoppers. If a consumer has some time to kill and wants to shop, they’re unlikely to think of of a particular brand they’d like to buy. They’re more likely to hit a retailer, like Nordstroms. “You’re not going to, say, jump into a Calvin Klein store,” he said. Touch of Modern replicates that retail experience on your mobile phone. It aggregates brand offerings, offering you the best deals it can find.

Touch of Modern has raised at least $17 million over the past four years, when it made its last pivot. The company was founded in 2010, but its first two incarnations didn’t work out.

Other speakers at Mobile Summit include leading executives from companies like Facebook, Google, Pandora, Tinder, GrubHub, Yummly, and Freshdesk.

The Summit (you can apply to attend here) is designed to be an intimate experience where executives exchange strategies around some of the hottest trends in mobile traction. Hope to see you there!