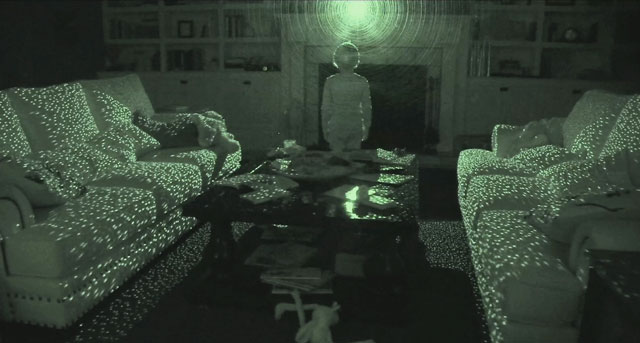 Big Brother has a new face, and its name is Xbox.

GeekWire has picked up on a Microsoft patent for a scary bit of sensor technology that can count and identify the people watching a television. Using the technology, content owners could charge consumers based on how many people are watching content, limit viewing to certain users, or punish consumers if they exceed their number of licensed views.

This so-called “consumer detection” could conceivably be implemented in future versions of Kinect, Microsoft’s motion-sensing camera.

And if you think you could just trick the Kinect by unplugging it, think again. If this sort of thing becomes commonplace, that camera’s going to need to be on. All the time.

The really crazy part is that the idea isn’t even that farfetched. Many PC games already force players to maintain constant Internet connections in order to play them. Microsoft’s patent is just that technology taken to its most absurd extreme.

While people-detecting cameras sound like the kind of thing consumers would avoid buying,  keep in mind that there’s probably a camera staring you in the face right now. Attitudes change, privacy concerns relax with time. People learn to welcome their new insect overlords.

Fortunately, patents don’t mean all that much by themselves. Companies patent things all the time with no real concrete intention of acting on them. So, no, Microsoft’s probably not working on this right now. But it’s at least thinking about it.