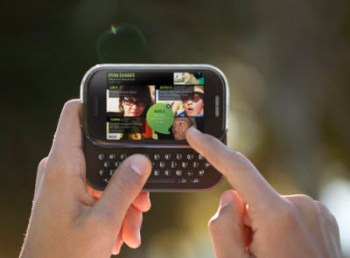 Microsoft’s youth-centered Kin smartphone line is dead, according to reports from several sites this afternoon. Slow sales, and increasing competition from much more capable Android phones and the iPhone 4, likely led to the decision.

A Microsoft representative wouldn’t comment on actual sales figures, or anything beyond the company’s official statement:

Microsoft has made the decision to focus on the Windows Phone 7 launch and will not ship KIN in Europe this fall as planned. Additionally, we are integrating our KIN team with the Windows Phone 7 team, incorporating valuable ideas and technologies from KIN into future Windows Phone releases. We will continue to work with Verizon in the U.S. to sell current KIN phones.

Microsoft’s Roz Ho, the executive who oversaw the Kin development team, will oversee the transition of the team and then move to an as yet unknown role in the company, a source tells CNet. Andy Lees, Microsoft’s senior VP of mobile, is reportedly responsible for migrating the Kin’s team and canceling the European launch, according to Engadget. It’s also very likely that the move had something to do with the departure of Microsoft’s Xbox masterminds, J Allard and Robbie Bach. Allard’s last project was Microsoft’s innovative Courier tablet project, which was also killed just a few months ago by Steve Ballmer. (I’ve written previously on what Courier’s death and the Kin’s launch tell us about Microsoft’s failure to innovate.)

While the Kin devices had some defenders when they launched a few months ago, there was little chance they would ever find success in an increasingly crowded smartphone battlefield. In our review of the Kin One and Kin Two phones, the most interesting thing about them was their easy content sharing capabilities, and Microsoft’s ambitious Kin Studio online service.

But it was obvious from the start that those features weren’t enough to stand out from the competition. What started as an ambitious attempt to justify Microsoft’s purchase of Danger, the company behind the popular Sidekick messaging phones, turned into a misguided attempt at trying to figure out what young people find cool. Never mind that many teenagers and twenty-somethings had already moved on to legitimate smartphone platforms. 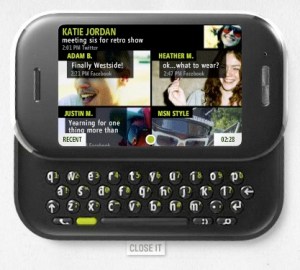 The Kin phones lacked an application store and seemingly basic functionality like a calendar and instant messaging software — a glaring omission for something aimed at “connected” youth. Ultimately, the Kin’s failure is one Microsoft needs to remember: Instead of trying to force-feed a lackluster product to consumers, perhaps it should devote more time on creating something people actually want — like it did with the Xbox 360.

The Kin also suffered from Verizon’s ludicrous data pricing. The Kin One retailed for $49.99, and the Kin Two for $99.99 — but those reasonable prices were nullified by Verizon’s $29.99 monthly data plan, which was the same as actual smartphones like the Motorola Droid. By making the Kin’s data plan as expensive as better smartphone options, Verizon took away one of the few potential advantages the devices might have had.

Shortly after the Kin’s launch, we ran a column that argued why the Kin pricing (and the platform’s failure) could end Microsoft’s mobile plans entirely. Looking back at that piece now, it’s not that difficult to see why the Kin failed, but I’m not entirely sure it spells doom for its future. Microsoft’s real stab at the smartphone market will come with the release of its Windows Phone 7 platform and devices later this year. There’s no telling yet what impact Kin’s failure will have on that.