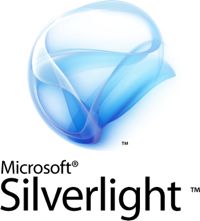 Microsoft Silverlight, a browser plug-in for developing web applications, is making the leap onto Nokia’s smartphones.

The announcement marks another big step in Microsoft’s efforts to make Silverlight a truly cross-platform tool — it already works on Windows and Mac OS, and the company also has a deal with Novell to make the plug-in compatible with Linux.

The move gives Silverlight a better shot at undermining the dominance of Adobe Flash, which is already available in a mobile version called Flash Lite. As we noted after its launch in September, Silverlight got great reviews for its speed, small size and high-def multimedia support, but it’s going up against Flash’s 90 percent-plus market share.

There’s a bigger opening in the mobile market, particularly since Adobe is still working to make Flash Lite as powerful as Flash itself — for example, it only enabled video with the release of Flash Lite 3 last September. (You can see Adobe’s breakdown of Flash vs. Flash Lite vs. older versions of Flash Lite here.) It’s not yet clear how the mobile version of Silverlight will compare to the existing web plug-in, or with Flash Lite.

Silverlight applications will now be able to run on Nokia’s S60 devices carrying the Symbian operating system, as well as on S40 devices and Nokia Internet tablets.

The announcement should also provide fodder those following every new development in the unfolding Microsoft vs. Google saga, as it comes right after Google’s statement that Google Gears can now take applications offline for mobile usage (our coverage). Developers can’t build applications on Gears, so it isn’t a direct Silverlight competitor, but as the Microsoft/Google war develops multiple fronts, it’s pretty clear mobile apps will be one of them.

Microsoft will be demonstrating Silverlight on the S60 at the MIX08 conference in Las Vegas tomorrow, with confirmation of S40 and Internet tablet compatibility to come later. Microsoft says it also plans to make Silverlight compatible with the next generation of Windows Mobile, according to GigaOM.