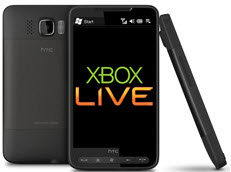 Bill Gates promised years ago that you’d be able to enjoy shared experiences between Xbox Live online games, Windows PC games, and Windows Mobile phones. Xbox Live and Windows games were integrated into games such as Shadowrun in 2007.

But the Windows Mobile part never happened. Now it looks like Microsoft is moving forward with the integration of Xbox Live into Windows Mobile cell phone software. A job posting confirms that the company is seeking a principal program manager who would be responsible for bringing “Xbox Live enabled games to Windows Mobile.”

The posting suggests that Microsoft wants to integrate avatars, the cartoon-like characters that users can create to represent themselves on Xbox Live. Integrating social interaction and multiscreen experiences are also on the list. Another tipster tells us that you’ll be able to sign into an Xbox Live account from a Windows Mobile phone, send or receive messages from friends on the Xbox Live service, send Tweets or Facebook status updates, view and buy things on the Xbox Live Marketplace, and view all of your gaming achievements.

Clearly, Microsoft has to do something. Through its own inaction, it has allowed both Apple and Google to race ahead of it in mobile phones. Windows Mobile 6.5 launched in October, but it didn’t seem to gain Microsoft any new friends in the mobile space. Next year, Windows Mobile 7 is expected to be a better contender with Apple’s iPhone/AppStore juggernaut and Google’s Android platform.

Xbox Live, which has tens of millions of subscribers thanks to the success of multiplayer gaming on the Xbox 360, is Microsoft’s strongest service in games. It’s only logical that the company leverages that strength to help improve the struggling Windows Mobile platform. Microsoft has said that it will show off the Windows Mobile 7.0 platform to developers at its Mix conference in mid-March. We’ll see if Microsoft discloses anything new on the subject at CEO Steve Ballmer’s keynote speech at the Consumer Electronics Shows on Wednesday.

Microsoft’s comment: “Microsoft is focused on Windows phones and experiences in market today, and we’re not discussing future versions. In general, we’re always looking for ways to build on our strengths across the company to deliver great new mobile experiences to customers.”