As the world eagerly awaits the first 5G smartphones, Microsoft is betting that something else will be 5G’s killer app: not 3D VR streaming, autonomous vehicles, next-generation games, or interactive high-definition video. Instead, Microsoft’s worldwide director of industry technology strategy Rick Lievano told Light Reading that:

The killer app for 5G is simple connectivity — pervasive and always-on. … When you click that machine on, connectivity should be present, whether you’re at home, or in the office, or at your local Starbucks. You shouldn’t have to fumble along and find the WiFi hotspot. It should be there… We call this vision “always connected.”

I’ve spent a lot of time focusing on 5G news, so when I say that “always connected PCs” are perhaps the least compelling 5G killer app I’ve heard, I’m working with a fairly long list. Wikipedia says a killer app is a feature so necessary or desirable that it proves the value of a new technology. Having covered killer apps across multiple platforms spanning many years, I’ll note that a given technology (say, a new graphics card or game console) can and probably should have more than one killer app — the more killer apps you have for a new technology, the better it tends to sell.

So let’s be more lenient and think of “killer app” as any selling point that individually leads a million or more previously disinterested people to adopt 5G over 4G. Even at that lower threshold, Microsoft’s wrong about “always connected” being a killer app for 5G.

First, “always connected” PCs don’t need 5G — the technology is equally (if not more) achievable with 4G, and Microsoft knows this. Last December, Qualcomm introduced the Snapdragon 8cx specifically to power “always on” Windows laptops, and Microsoft certified the chip for both Windows 10 Enterprise and Microsoft 365. The 8cx platform is built with the latest 4G LTE technology to deliver 2Gbps peak speeds, and doesn’t integrate 5G; that requires a separate Snapdragon X55 modem, which would drain a laptop’s battery faster.

By definition, a persistent connection can’t be a killer app for 5G if it’s also available in 4G. If there’s some way that this feature will be hugely better in 5G than 4G, such as “in the future, dramatically lower power drain,” it’s yet to be either practical or announced for an actual always-connected PC.

Second, Microsoft’s Lievano suggests the feature will matter because a single wireless connection will enable a PC to connect everywhere, implying that 5G will both subsume and extend beyond current Wi-Fi networks. Instead of connecting to a home Wi-Fi network, an office Wi-Fi network, and a Starbucks Wi-Fi network with separate passwords, the device will maintain a persistent cellular connection to a 5G network and work wherever you may be.

The problem: Homes, schools, and businesses already have working, entirely usable Wi-Fi networks set up, and virtually every 5G consumer device will have Wi-Fi built in, as well. Going forward, Lievano believes that “enterprises will invest in 5G rather than building out and maintaining Wi-Fi networks,” a statement that’s at best unproven, and at worst largely incorrect.

There’s no doubt that 5G will deliver awesome speeds and latency, but it’s expensive to extend indoors, and there’s a question of whether businesses will see real benefits in bringing 5G signals to computers rather than just upgrading to the latest (backward-compatible) Wi-Fi standard. Given the choice between leveraging existing Wi-Fi networks or setting up new private 5G networks with indoor 5G repeaters, many businesses will choose Wi-Fi. 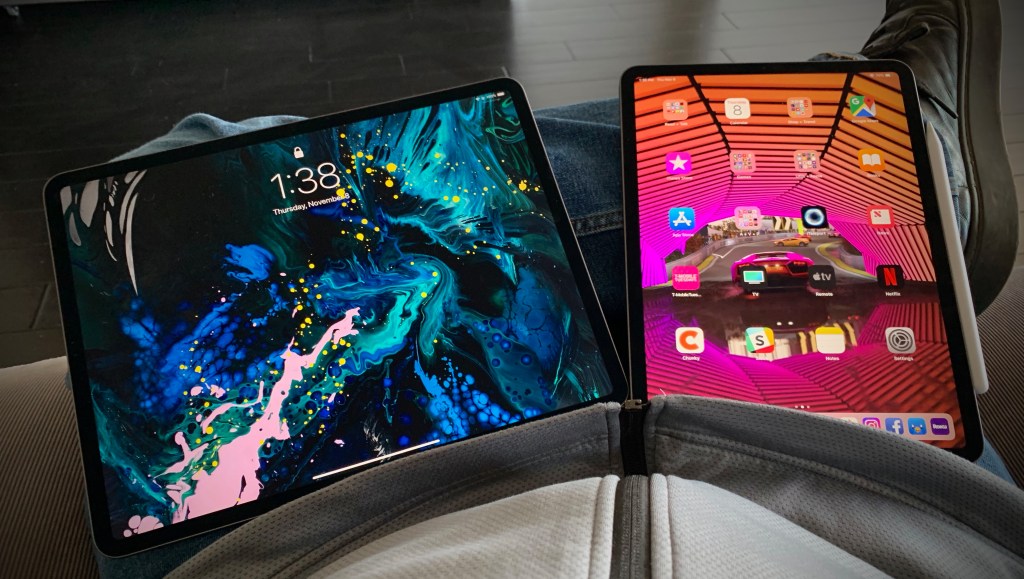 Above: Consumers have had “always on” and “always connected” devices for years — in part thanks to cellular tethering.

Third, “always connected” devices just aren’t exciting to regular people anymore. Thanks to iPhones, iPads, Macs, and their best competitors, users now expect devices to wake instantly from sleep and always stay up to date, performing background tasks even when their screens are off. This might be less common in Microsoft’s own devices than Apple products, but it’s been a trend for a decade, and it’s certainly not waiting on 5G for any big leap forward.

I almost laugh at the idea of an “always connected” PC being a “killer app” because I feel like my own devices have been more or less always connected for years. When I’m at home, they’re connected to my fast home network, and when I’m out, I can pretty much always share a wireless hotspot connection if I can’t find Wi-Fi. The idea of not having to hunt for a hotspot at Starbucks isn’t a 5G feature — and isn’t the Wi-Fi at Starbucks already free? At most, what Lievano is excited about is the concept of cellular tethering, and at worst, it’s not having to ask a barista for a Wi-Fi password.

If the 5G era takes any steps forward for “always connected” devices, it will come only due to two factors, neither of which is specific to 5G: a greater number of cellular-equipped products, and the broader availability of unlimited cellular data service. It’s already clear from Qualcomm, Intel, Samsung, and others that the eventual goal is to get 5G modems into everything from PCs and phones to industrial and agricultural tools, city and highway infrastructures, wearables, and vehicles.

Over time, the hope is that cellular carriers will make 5G service affordable enough to connect virtually everything to their networks. The revolution won’t be in PCs, but in sensors and other tiny internet of things (IoT) devices that previously weren’t cellular-connected at all. Notably, neither carriers nor chipmakers are even waiting on 5G networks to launch these IoT devices — they’re launching with low-powered 4G chips instead.

Since the goal is to connect as much as possible going forward, it’s inevitable that there will eventually be more 5G modems in laptops than 4G modems, and likely that more people will have unlimited 5G service to connect multiple devices than 4G service to use with one or two devices per person. But persistent connectivity won’t really be a “killer app” for 5G unless it becomes dramatically more compelling than the same feature is today, when many people are already experiencing it or something very close on 4G devices. And Microsoft’s going to need to implement 5G in more than just computers to demonstrate that it has a meaningful role to play in the future of the mobile industry.