In addition to the Surface Pro 4, Microsoft today unveiled the Surface Book. It’s a little bigger than Microsoft’s tablet-laptop hybrid, with a slightly larger screen: 13.5-inches and 267 pixels per inch.

Panos Panay, head of engineering for all of Microsoft’s devices, called the Surface Book “the ultimate laptop,” “ounce for ounce the fastest 13-inch laptop ever made,” and “the thinnest, most powerful PC ever created.”

The device can be purchased with either an Intel Core i5 or i7 processor. The new computer has a 12-hour battery and a screen that supports the Surface Pen, as well as touch interaction. During the demonstration, Panay also highlighted the Surface Book’s high-contrast display, which was created using a new technology Microsoft is calling “PixelSense.”

Unsurprisingly, the computer is designed specifically for Windows 10. Panay emphasized the laptop’s performance again and again onstage in New York City, and stated that Microsoft believes the Surface Book to be twice as fast as Apple’s MacBook Pro. 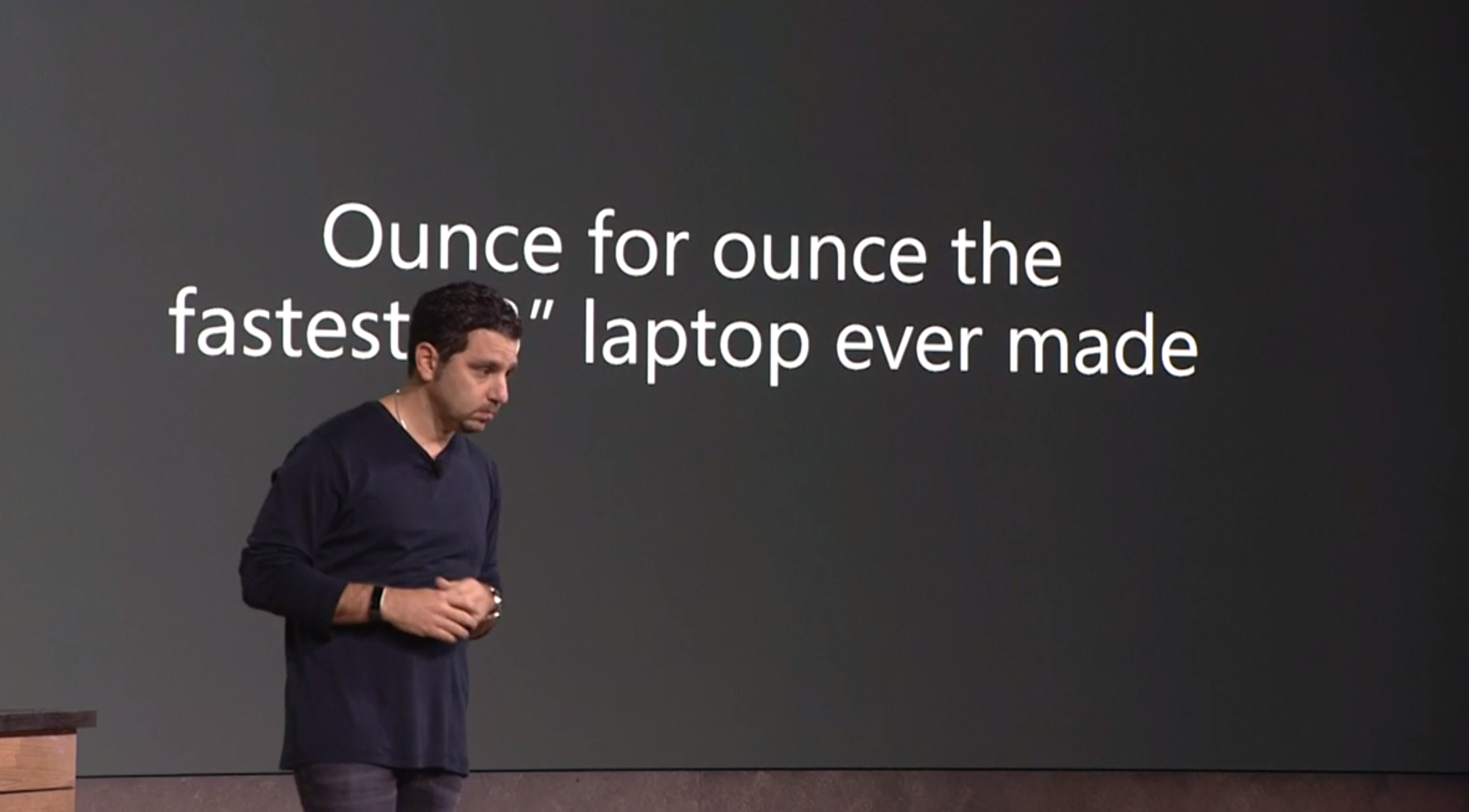 This is Microsoft’s first laptop, and the company is extremely excited. Yet we should point out that, while the company is calling it a laptop, it’s very much a convertible PC. That means the keyboard can detach from the display and be used as a tablet, albeit a heavy one. Indeed, like the Surface Pro 4, it works with a Surface Pen that can be attached magnetically.

We’ll be bringing you more about the device when we get our hands on it.