Skype today announced it is consolidating its two Windows apps. The Microsoft-owned company will be retiring its Windows modern app on July 7; users of the app will be pushed to the Windows desktop application instead.

If you want to avoid this mess, download the Skype desktop application now from Skype.com. Trying to access the modern Skype app (pictured below) starting from July 7 will automatically redirect you to download the desktop application anyway. Because your contacts and conversations from the last 30 days are saved server-side, they will be available when you log in using your Skype username and password or your Microsoft Account credentials.

With Windows 8, Microsoft lets developers build traditional desktop applications and touch-first metro applications. Skype offered both types of apps, resulting in a lot of confusion: If you had a computer that could run both (tablet devices running Windows RT can only run metro apps and will not be affected by the July 7 change), it was possible to have two Skype apps that were completely unaware of each other. If you were logged into both, for example, if someone called you both apps would ring. 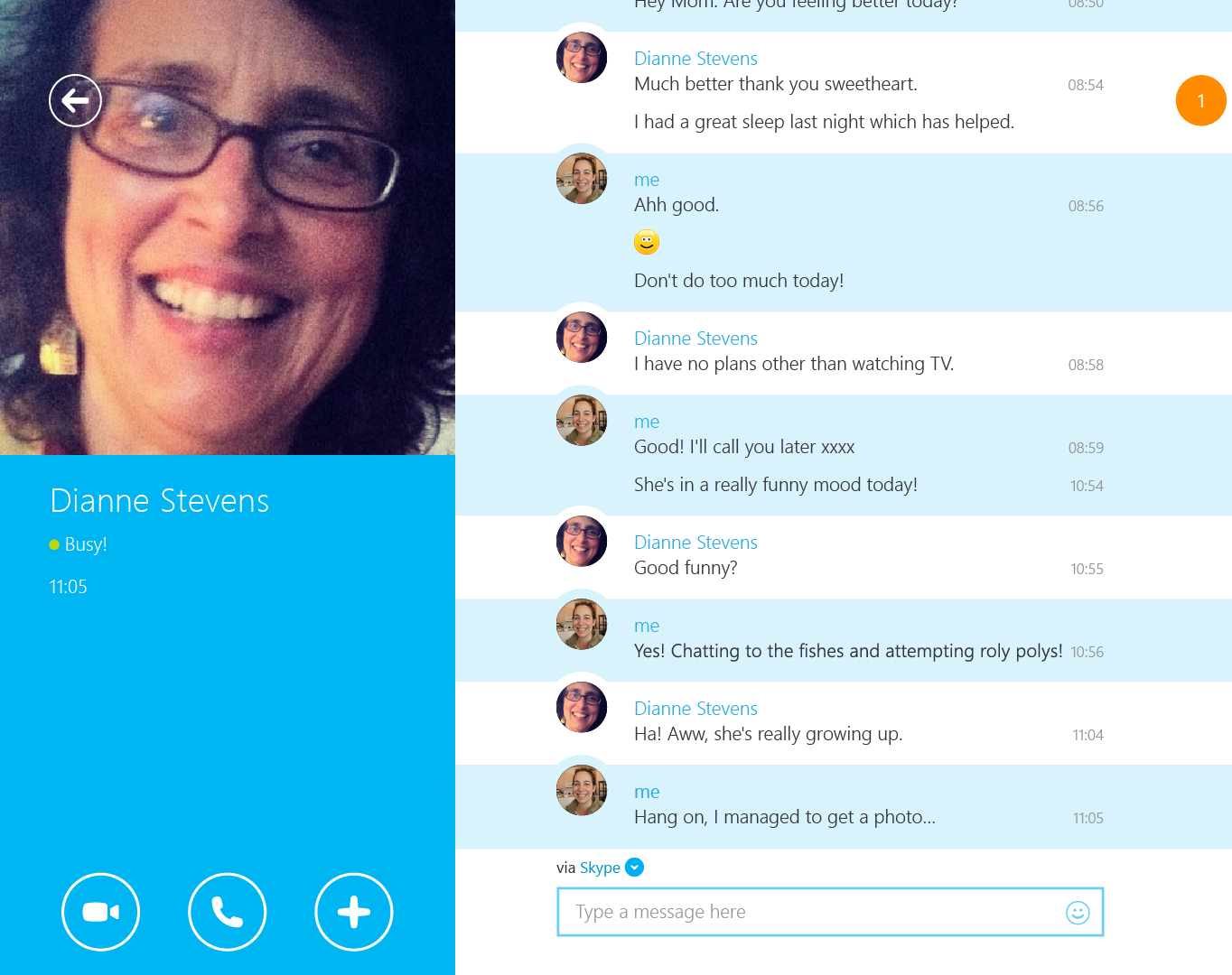 When Windows 10 for PCs launches on July 29, Microsoft wants to finally fix this horrible strategy by ensuring apps are optimized for mouse and keyboards use as well as touch. Skype will be one of the first to get this much-needed treatment.

Microsoft made a ridiculous statement as part of its announcement today: “With the upcoming release of Windows 10 for PCs, it makes sense to use the Skype application optimized for mouse and keyboards use, capable of doing touch as well rather than 2 separate applications performing the same function.”

No, Microsoft. This made sense all along. Windows 10 was not needed.

That said, Microsoft does have plans that are specific to Windows 10. Skype messaging, calling, and video features will be getting built-in, though the company isn’t offering much details aside from this line: “This way if you want to quickly make a call or send a message you can use task based apps and for those of you power users who like the advantages of the all in one app, you can pick what’s right for you.”

This functionality will roll out “later this year” so Microsoft can gather feedback and decide how exactly Skype will be closely integrated into Windows 10. This is part of Microsoft’s Windows 10 as a service strategy: even after the operating system launches, there will be changes and new features coming on a rolling basis.