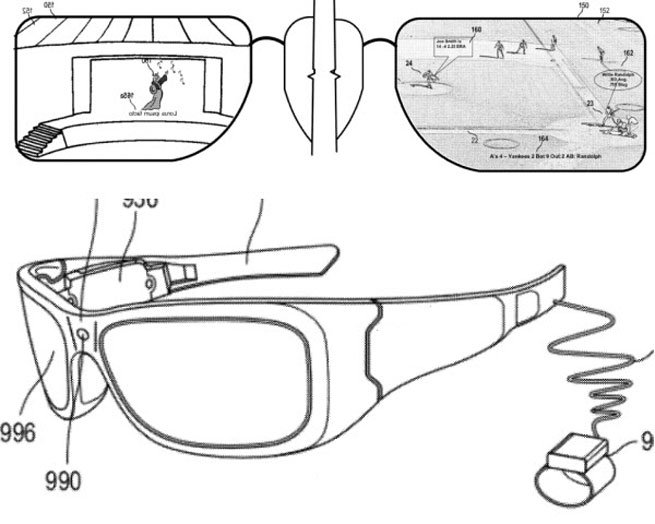 Tech giant Microsoft is working on a set of augmented reality eyeglasses, according to a new patent application made public today.

Microsoft’s glasses are very similar to Google’s Project Glass, the sci-fi-looking glasses that let you do many of the things you do with your smartphone without the need for a separate device — things like snapping pictures, recording video, or displaying a user interface.

Microsoft’s glasses, according to the patent, seem to zero in on turning your line of sight into a true UI. For example, live events like concerts or sports games will have images and text above or beside people showing relevant statistics, trivia, and more.

Here’s a description from the patent application:

“Fans of live sporting and artistic events have enjoyed various types of information which is provided on different displays to supplement the live event. This supplemental information is provided both when the user is in attendance at the event and when the user views the event on broadcast media. One example of this is the augmentation of football games to display a first down marker superimposed on a playing field in a broadcast television event, and the broadcast of replays both on broadcast television and large displays at the venue of the event.”

The patent application was initially flied in May 2011, and we don’t know when and if Microsoft actually plans to release a device based on the images shown above. Google, however, is scheduled to release its Project Glass  product in the next few months.