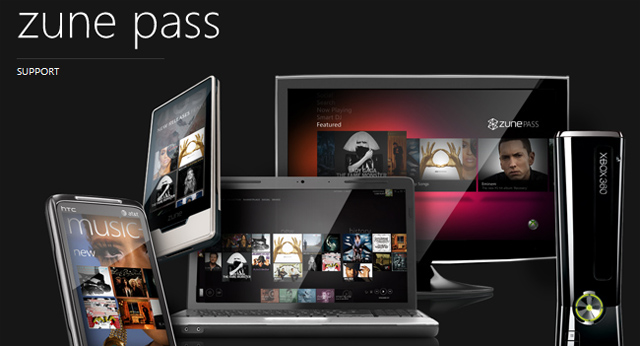 Microsoft announced on Thursday that its Zune Music Pass will offer a more competitive $9.99 plan for all-you-can-stream music starting Oct 3. The company also said it will being offering Zune services in Canada the same day.

The streaming music service landscape is increasingly competitive with companies such as Spotify, MOG and Rdio battling for the hearts and ears of music fans. But Zune is at least interesting because it’s targeting Microsoft users specifically, offering interaction between Windows Phone 7, Xbox 360, Windows PC, Zune MP3 players and Zune.net. Zune, however, does lose out because it doesn’t work on rival iOS and Android mobile platforms.

The Zune Music Pass offers on-demand access to more than 14 million songs and “tens of thousands” of music videos. Previously, Microsoft had a $14.99 per month plan that allowed users to keep 10 MP3s each month, but now will offer streaming for $9.99 a month without the kept MP3s.

Microsoft also announced that it would bring the Zune Marketplace and the Zune Pass to Canada starting Oct 3rd. Many of the quality streaming music options in the U.S. aren’t available to Canadians, much to their frustration. Because each country has its own copyright laws to navigate, music streaming companies have to work deals in each country separately. I’m sure Canada’s music lovers will appreciate having another option.

Are you a fan of the Zune Music Pass? Do you think it could catch on?