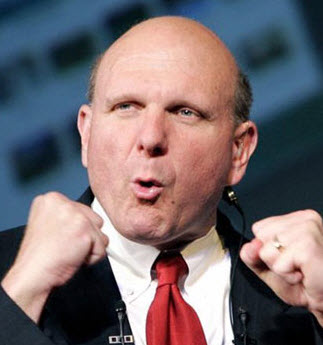 Microsoft chief executive Steve Ballmer said that the company’s Oct. 11 launch of its Windows Phone 7 operating system for cell phones will show that it finally has a compelling story in mobile phones.

In an interview with the Wall Street Journal, Ballmer confirmed the launch date and said that Microsoft and its partners plan to launch a bunch of handsets with Microsoft’s software that will be a direct challenge to Apple’s iPhone and Google’s Android operating system.

Microsoft has also filed a patent infringement lawsuit against Motorola for alleged violations of Microsoft patents in Motorola’s Android phones.

Ballmer admitted that Microsoft “missed a cycle” with execution problems in research and development.

“In the time frame since the last significant release, certainly the industry has moved, the technology has moved, the hardware has moved,” he said. “We said, we’ve got to move forward, not shoot for yesterday. We’ve got to shoot ahead in a way that’s delightful to users [and] accessible to developers and prioritize everything else we do around those elements.”

Ballmer wouldn’t say if Microsoft considered selling its own phone using Windows Phone 7 software. It did so with the Kin, which was developed by the Danger company that Microsoft acquired. But Ballmer would only say that his company was now working with HTC, Samsung, LG and others.

While Google is giving away its Android software, Ballmer noted that companies have to license patents — from Microsoft — that allows them to use Android freely, so there is some cost to Android. Microsoft, meanwhile, will charge license fees for Windows Phone 7 directly.

Ballmer said he remains confident that market share can still change quickly based on the introduction of new phones in the market. He said that Microsoft’s software puts hubs front and center in the phones. These hubs display what is most important to people, whether it’s contacts or personal messages.

Predictably, Ballmer said that Windows phones wouldn’t threaten Windows computers, as people are likely to have devices in their lives with small, medium and large-size screens.