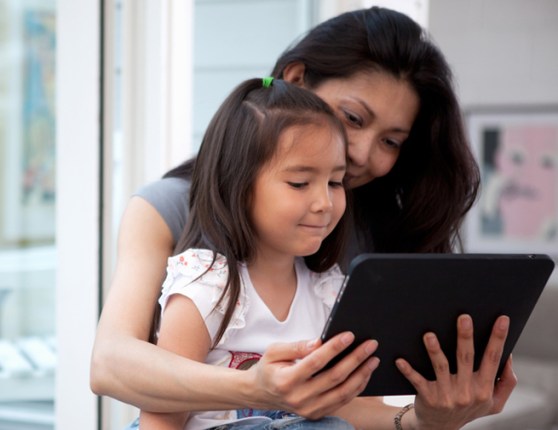 The study shows in greater detail what we’ve been seeing during the past few years: the rise of mobile devices as a competitor against TV, web browsing on PCs, video game consoles, and more.

Take a look at the stats in this chart to see how the numbers stack up against each other: 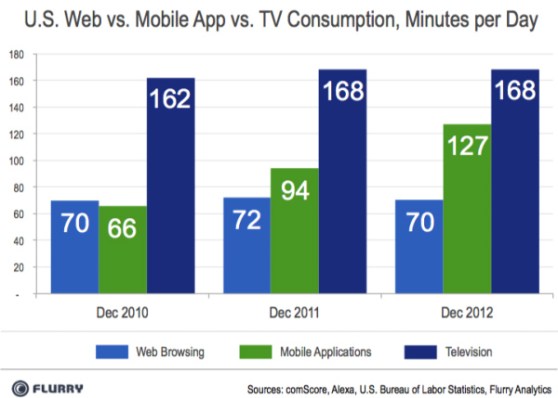 This appears to be a good sign for those who have invested in mobile. With consumers spending much more time on phones and tablets (and while also watching TV), there’s a large opportunity to develop compelling mobile apps and games.

“Mobile and apps are gobbling up the web and consumer Internet, and that’s where the opportunity is. And the opportunity has never been bigger,” Flurry CEO Simon Khalaf said in the report. “All around me, I see entrepreneurs living it, loving it and collecting it ’99 cents’ at a time.”

Of course, as bullish as Khalaf is, app stores revenues appear to be increasingly concentrated among a small number of companies. A report today said half of revenue generated by iOS and Android apps goes to just 25 developers.