That massive sucking noise you’re hearing while checking Facebook or playing with Snapchat’s brand-new messaging features just might be the signature sound of the entire mobile ecosystem, which is now capturing two out of every three minutes Americans spend on digital media.

In fact, smartphones alone account for almost half of digital time: 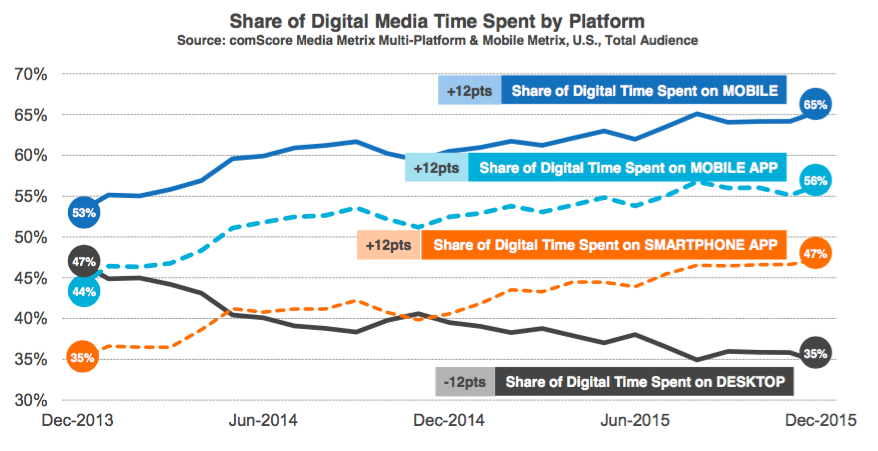 According to a new comScore report released today, desktop’s share of our digital attention dropped from 47 percent in 2013 to 35 percent, while smartphone apps took exactly the opposite ride. With tablets included, mobile in general rose to 65 percent of our time-consuming digital media.

In fact, a full fifth of millennials — which comScore defines as 18- to 34-year-olds — don’t use a desktop at all any more.

(In this way America is almost starting to look like India, the land with over a billion mobile subscriptions and only 30 million landlines, where about 20 percent of people own desktop computers but four times that own mobile phones.) 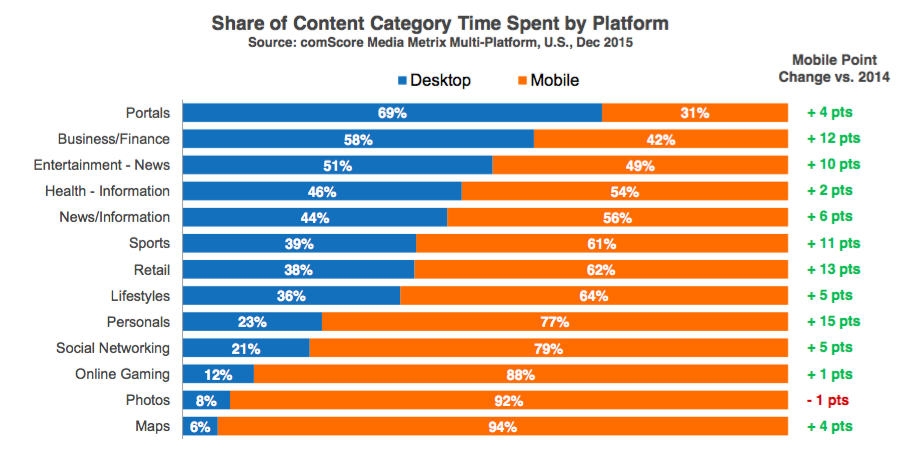 The result of all this growing mobilicity is that the top 1,000 digital media properties now get far more of their traffic from mobile than from desktop — an average of 11.3 million visits per month versus only seven million on desktop. Mobile audiences for these top digital media brands have doubled in just two years, according to comScore.

Of course, not all the growth is being shared.

Our smartphones are by far the most popular way for us to access the most popular activity on mobile: social networking. And Facebook is the clear winner by far, outperforming everyone else in terms of both sheer size and engagement. If you’ve been wondering why Facebook’s market capitalization has jumped almost 275 percent over the past few years, this chart will provide an answer: 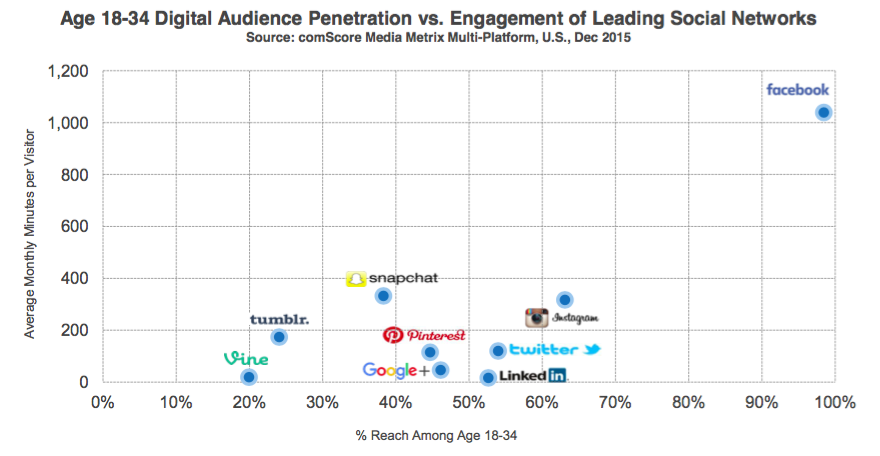 Snapchat is growing rapidly, especially among high school and college-age students, but there’s still really no credible competitor to Facebook. In fact, when you combine usage of Facebook and its Messenger, Instagram, and WhatsApp services, Facebook as a whole accounts for more than one in every five minutes Americans spend on mobile.

One cautionary note for the new Big Blue: As we know, Snapchat, Vine, Tumblr, and even Instagram skew significantly younger. Which, of course, is why Facebook will likely continue to look for new acquisitions to add to the mothership.