Mobile phones and mobile networks will be growing just 10 percent and five percent per year, respectively, by 2018, but mobile web services will continue growing like crazy.

Digi-Capital, which advises mobile apps and services companies in the U.S., Europe, and Asia, now forecasts that mobile services will grow nearly three times over, from $300 billion last year to $850 billion by 2018.

Mobile commerce is the key driver of the growth, Digi-Capital said, which is why more than half of the $41 billion invested in the space during the past year went to mobile commerce-related sectors. 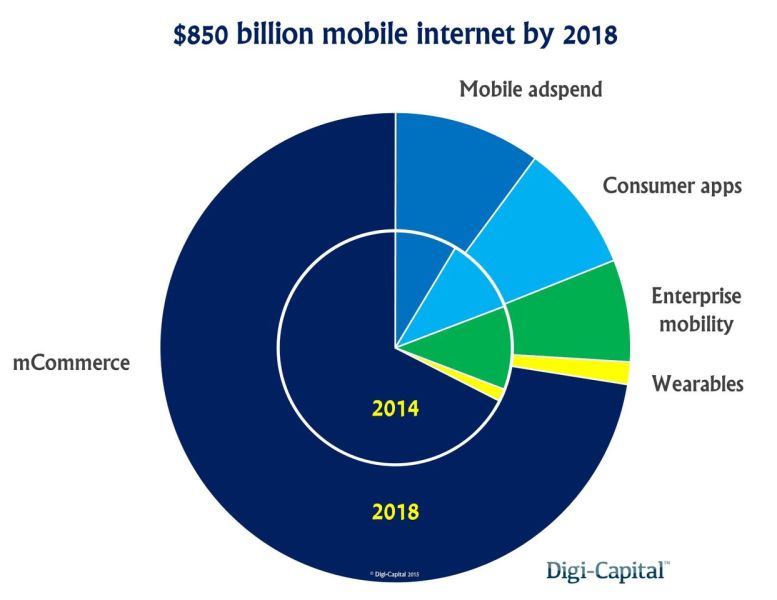 The firm also believes that mobile advertising will leapfrog in-app purchases to move from third to second place in the revenue hierarchy by 2018, “as app developers rebalance their business models to capture new opportunities.”

Last year, for instance, mobile advertising trailed in-app purchases and paid apps in revenues, but Facebook and others have begun to change the balance in advertising’s favor. The mobile ad spend could top $85 billion by 2018, Digi-Capital said in the new report.

Games took around three quarters of global app revenues last year, but will take a smaller proportion of revenue by 2018. Subscription apps sold as a service are also supplementing the in-app purchase model for dominant free apps, Digi-Capital said. 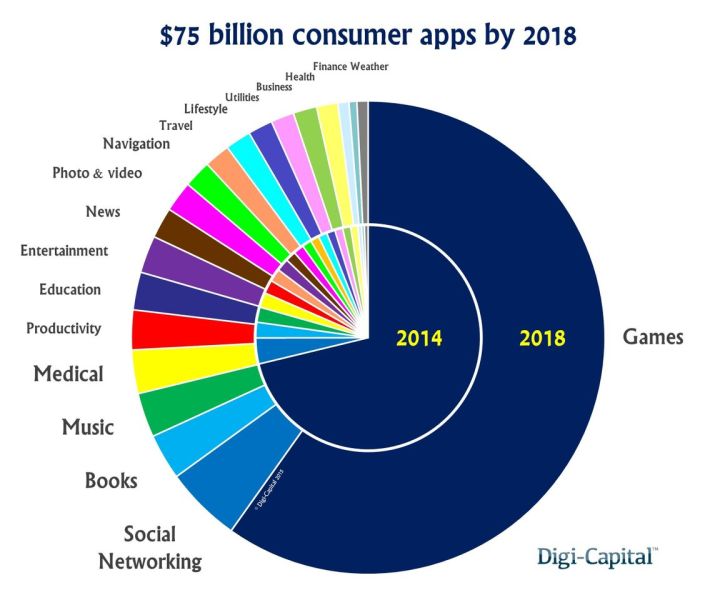 Enterprise mobility apps and services will continue to grow, the report said, although not as quickly as the consumer market.

The “mobile Internet is only eight years old, having disrupted the market more rapidly and fundamentally than the original Web 20 years ago,” the report stated. “While the top grossing charts are relatively mature, rapid growth and change across the rest of the market means there is still a lot to play for.”