We’re delighted to announce our third annual mobile conference, MobileBeat 2010, on July 12-13, 2010 at the Palace Hotel in San Francisco.

The event is about the superphone revolution, who will profit from it, and how.

Last year, we talked about the first stage of the mobile revolution. That’s when hot new mobile apps began having profound influence on our lives. It was just the beginning. This year, we’ve moved to a distinct second phase: Smartphones, or “superphones” as we call the latest class of extrasmart mobile phones, are getting snapped up by the masses. The revolution is in full swing, and companies like Apple (via the iPhone and iPad) and Google (via its Android devices) are scrambling to offer up even more compelling devices than the first generation.

These superphones offer things like even more dynamic browsers, more flexible operating systems, super fast network performance, and exploit the cloud — all to make your life even more productive and giving you more opportunities. Others, like Microsoft, RIM and Nokia, and also the large carriers, are entering the fray too. Operators are investing in 4G technology, such as LTE, hoping to make money from subscribers — but also aiming to spark a new wave of profitable services too. 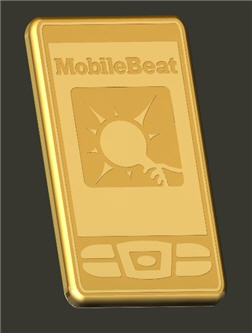 The dust is nowhere near settling. Already, some of the smartest superphone players are profiting in a big way. A new set (Facebook, Zynga, Twitter — the list goes on) are exerting their influence on the Web to own user relationships on the mobile phone too. We’ll discuss what it means now that user relationships won’t be exclusively owned by carriers and traditional device makers, and as data moves from the handset to the cloud.

At MobileBeat 2010, we’ll explore the new class of winners and how they’ll make money in this new landscape.  We’ll investigate the young guard of companies exploiting 4G, mobile TV, location-based services, augmented reality, and more. We’ll also look at who is creating the most innovative ways of monetizing mobile content and services via advertising, e-commerce and subscription models.

There’s an emerging view among many insiders that the golden era of the “app store” will come to an end in a couple of years, to be superseded by a new, more open mobile Web, pushed by Google. We’ll identify which players are most poised to win from this new era.

Here’s why mobile executives should come to MobileBeat: Today’s handset manufacturers need to quickly adopt new form factors and exploit new revolutionary chipsets. Enterprise companies and carriers need to adapt to a range of new services allowed by their networks. Mobile developers and publishers need to be smart about their platform strategies in order to win.

Our first two MobileBeat conferences sold out, yet there’s more to talk about than ever! So we’re moving to a two-day format, and we’re moving to an even bigger venue. With our entrepreneur- and executive-oriented audience, there will be excellent networking. However, places are still limited, so move quickly to snap up a ticket. Now’s the best time, because we’re offering an early-bird rate of $795 (or $300 off the full price) until May 15, 2010.

MobileBeat will feature keynotes and panel discussions, breakout sessions, and a startup competition featuring at least 15 early-stage mobile innovators, along with a networking reception. Like last year, we’ll be awarding our Tesla award, pictured above, and named in honor of Nikola Tesla, who discovered early mobile communication, to the biggest, boldest ideas. (More details on the competition are coming. If you’re a promising startup with an cool product you’d like to unveil, hold the date!)

With our advisory board, below, we’ve started assembling speakers which we’ll start to announce shortly.

Below is a listing of the themes for MobileBeat 2010:

1. How do superphones (phones, tablets, and superTVs) look over next 12 months; and where is the new value to consumers?

2. How do device makers differentiate themselves in the superphone era? How do they make money? Before, the race was to add bells and whistles, such as bluetooth and nice cameras. Then it was to add transformative features such as an elegant browser, deep app store, cool APIs and an ultrafast network. But now, there’s a new race on, to focus on new form-factors, to exploit new chipsets that dramatically lower costs (cost will drop by half) and prolong battery life, as well as implement integration on the software side .

3. The mobile Web emerges dominant over the app store: Who are the new winners and losers? The reign of the app stores is likely to be over within a couple of years. Google is introducing Chrome OS, and chip companies like Intel are introducing chipsets like Moorestown and Medfield allowing better performance of the browser, and allowing a desktop like browser experience: This permits users to download any apps directly from the browser, bypassing the appstore.

4. Who owns the user relationship in the new world, and who will make money from that? With the mobile computing moving to the cloud, a host of new winners have emerged, like Facebook, Google and Microsoft, and cool app developers such as Pandora and Yelp. They can offer services to users, and make money from their new user relationships. Incumbents who used to own the user through the SIM card — like Nokia, BlackBerry, Samsung and Ericsson, or the various carriers — are scrambling to avoid irrelevance.

5. Who has the best 4G network, and how much money can be made from rollout of this technology? Will it allow superior services, and if so, who wins? It’s really not obvious. How will 50-megabit-per-second download speeds change the use of mobile phones, and which application and infrastructure companies will win from this?  How much does this give carriers like TeliaSonera an advantage, and how do they make money from it? How do they price their services, and how much leverage does it really give them now that they’ve become “dumb pipes?”

6. What are the new forms of content monetization, and who is most likely to strike it rich? What are the new business models for content, given the eruption of new capabilities in mobile (new devices, better networks and more efficient browsers). Will advertisers adapt ad unit sizes to each different screen size. How much will publishers customize their content to adjust to various devices, browsers and networks. How much control will folks like Verizon and Comcast have over those business models, and what about the big ad networks such as Google, Microsoft and now apparently Apple? What does Hollywood think?

Looking forward to seeing you all!