It starts with an endoskeleton frame (which Motorola calls the endo), and from there you’ll be able to attach different hardware modules to create a smartphone for your needs. For example, if you’re big on pictures, you can go for a higher-quality camera module. If battery life is your biggest worry, you can slap a large battery module in there.

Motorola says Ara will be a free and open hardware platform. “We want to do for hardware what the Android platform has done for software: create a vibrant third-party developer ecosystem, lower the barriers to entry, increase the pace of innovation, and substantially compress development timelines,” wrote Motorola’s Paul Eremenko, a member of the Motorola Advanced Technology and Projects group working on Ara, in a blog post today.

If this sounds familiar, it’s because we’ve seen a similar project in Phonebloks, a crowdfunded campaign to create the first modular smartphone. Motorola says it’s in touch with Phonebloks creator Dave Hakkens, and it will be working with the community he’s created to build Project Ara in the open.

While the Phonebloks project was intriguing, its status as a mere crowdfunded campaign didn’t inspire much hope. Creating such an ambitious hardware platform would be tough for an existing phone maker, let alone a young crowdfunded project. But with Motorola’s involvement, the idea of a modular smartphone suddenly seems more real.

For Motorola, Project Ara would be yet another example of pushing the smartphone market forward. Its Moto X phone sports the best implementation of voice commands I’ve ever seen, with the ability to shout commands even when the phone is in standby. As more and more smartphones begin to look the same, it can make a splash by delivering the first truly configurable smartphone.

“Our goal is to drive a more thoughtful, expressive, and open relationship between users, developers, and their phones,” Eremenko wrote. “To give you the power to decide what your phone does, how it looks, where and what it’s made of, how much it costs, and how long you’ll keep it.” 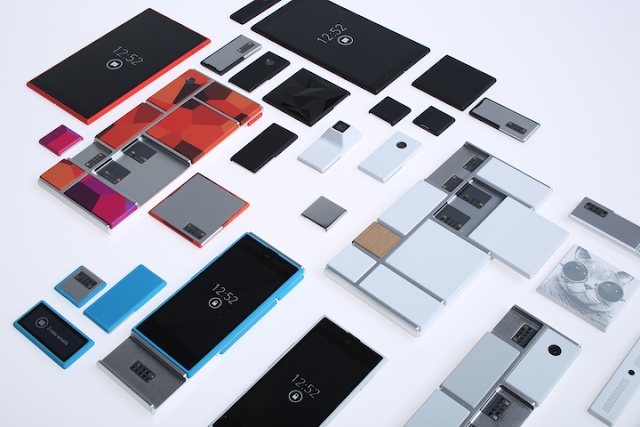