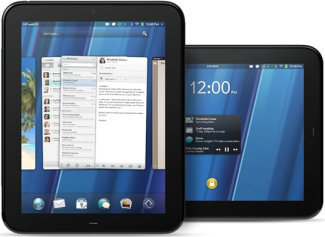 Hewlett-Packard today said that it would continue manufacturing a limited number of its webOS-powered tablet computer, the HP TouchPad, according to a report by the Wall Street Journal.

The company would not disclose what kind of price the tablets would carry the second time around. HP’s announcement comes on the heels of an incredibly successful fire sale for the TouchPad after the company announced it would no longer be manufacturing webOS-powered hardware like tablets or phones. The company did not comment on the future of webOS, a mobile operating system HP acquired when it bought Palm.

The devices quickly sold out last week when HP slashed the 16 gigabyte TouchPad’s price to $99 and the 32 gigabyte TouchPad’s price to $149. Best Buy initially said it wouldn’t offer the discount at U.S. stores, but some lucky customers were still able to get their hands on the tablets. Over the weekend it was also possible to snag a cheap TouchPad via HP’s own site and through other retailers.

HP’s TouchPad, which was canceled barely six weeks after its debut, could return if the company spins off its personal computing division into a stand-alone company, according to a statement from an HP executive Tuesday.