One way to find out what skills will be in highest demand this year is to look at job posts.

I decided to analyze recent Craigslist San Francisco Bay Area job ads. It’s a good proxy for the local demand. The Bay Area is often a trend setter, and technologies that become popular here frequently gain broader adoption. So the findings can also be viewed as a leading indicator for other geographies.

Here are the key insights:

I ran similar analysis a year ago. For the most part, the results were similar. But a few differences are worth noting:

The full top 50 list of tech skills most commonly featured in Craigslist posts follows. The counts reflect the number of posts a term appears in. Multiple mentions of the same term in a single post count as one. Counts reflect listings in the SF Bay Area Internet Engineering category between Jan. 1 and 31, 2012. 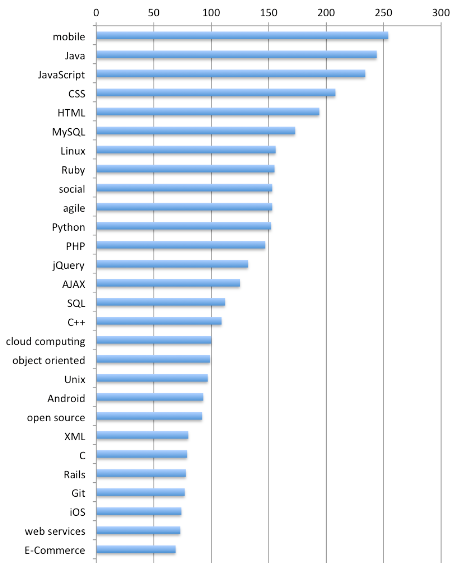 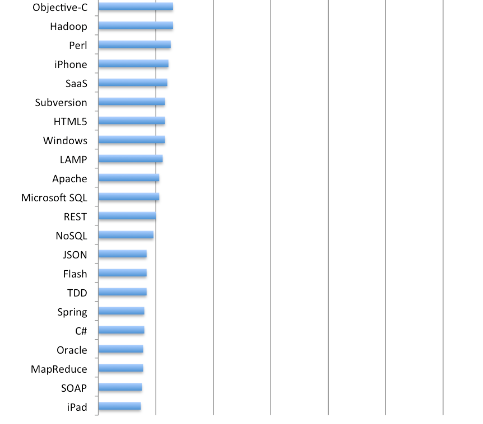