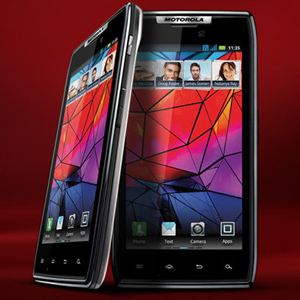 Motorola must have felt a little left out yesterday when it launched its slick-looking Droid Razr smartphone because Samsung launched an even bigger phone with the newest version of Android, Ice Cream Sandwich, later the same day. Not unexpectedly, Motorola said it has plans in place to update the Razr to Android 4.0 by early 2012.

Motorola is no exception. Alain Mutricy, Motorola Mobility’s SVP of Portfolio and Product Management, reportedly told Pocket Lint that Motorola has plans to update the new Razr smartphone at the “start of 2012.”

The Motorola Razr looks like one heck of an Android phone and likely will be one the best Android-Gingerbread-based smartphones ever. It features a 4.3-inch Super AMOLED screen, dual-core 1.2-GHz processor, 1GB of RAM and 32GB of total internal storage. On back, there’s also an 8-megapixel camera capable of shooting 1080p video and on front there’s a 2-megapixel camera for video chat.

Those Razr specs are pretty notable, but it would be even more impressive to see the phone running on Ice Cream Sandwich. Motorola, which is in the process of being acquired by Google, might very well have the right contacts and partners to make this happen quickly.