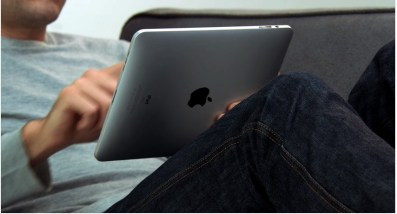 Get your iPads ready to kick back on the couch. Motorola intends to bring streaming video to tablets and mobile phones in the home via a set-top box, according to Reuters.

At first, the idea is to provide streaming video (movies, TV programs) to devices within a wireless network at home, but eventually Motorola wants to enable its customers to watch any content, anywhere.

Reuters organized the Global Media Summit event on Wednesday where Motorola unveiled the product. The biggest obstacle to the product is not the technology, but the deals Motorola has to work out with content providers to allow users walk around with copyrighted programming in their pockets. This is the reason why the still-unnamed Motorola product will at first be restricted to streaming video within the home.

But legal technicalities will not confine on-demand video in mobile devices to just the home, says Motorola.

According to the president of Motorola Mobility, Daniel Moloney, streaming video will make its way to mobile devices due to consumer demand—in fact, he said it is a “consumer proposition that will come sooner rather than later.”

Offering only a glimpse for now, Motorola will showcase the product in January at the Consumer Electronics Show in Las Vegas. The product will be released as a separate device that service providers will offer to their customers—to possibly serve as an incentive for consumers to stay with a certain service provider—but eventually it will be integrated in set-top boxes.

It seems that Motorola is only just jumping on board, though: There already is the Slingbox which allows users to watch TV shows streamed from their set-top boxes to a computer or mobile device wherever they are, not just at home. And there’s the bigger question for streaming video from set-top boxes — is there really a need for it? After all, you can just opt to use a service like Hulu or Netflix and watch your favorite TV programs online whenever, wherever.