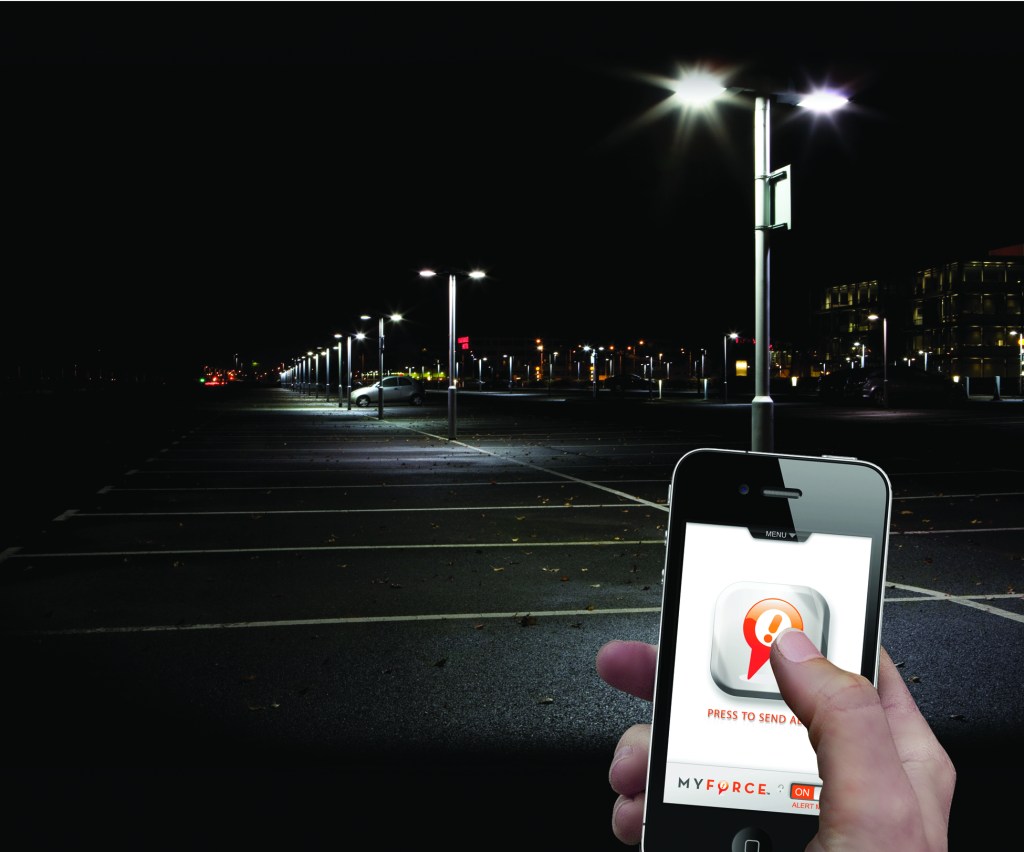 Halloween night is scary, and not just because the dead come back to haunt the living. People are out on the streets, drinking alcohol, wearing disguises, and the line between safe and unsafe is blurry. On this night, as on all other nights, it is important to arm yourself against dangerous situations. A startup called MyForce is offering you its protection.

MyForce is a personal security service you activate through your smartphone. After subscribing to MyForce, you fill out a profile with personal information, a physical description, and known safety issues, then download the app to your smartphone. You can activate MyForce whenever you are walking alone, encounter a potentially dangerous situation, or simply feel uncomfortable.

If something like an assault or a robbery occurs, you hit the alarm button to alert a monitoring team that you are in danger. Live agents then respond accordingly based on your profile information, GPS location, and an audio feed that relays the noise around you. In the event of an emergency situation, a police team can be dispatched to your aid immediately.

“We have all been in those situations where we are walking down the street and feel uncomfortable,” said founder Brad Zotti. “MyForce should be walking with you. People will call their parents, friends, or partners on their cell phones, but those are the situations where they should use this service. A lot of experts say talking on you mobile phone while in an unsafe environment is more dangerous because it makes you less aware of your surroundings. Also, what can that person do if something happens to you?”

Calling 911 is the obvious answer, but this approach can be insufficient. If they are being attacked, victims may not be able to communicate with the police about what is happening or their location. The benefit of a monitoring service is it already knows essential information that can mean assistance as quickly as possible.

The inspiration for the service first came to Zotti on a college campus. He observed that a large number of female students were walking around alone at night with their phones in hand. It occurred to him that the Blue Light service, available on most college campuses, would be far more effective on mobile devices.

He began testing the product at universities but quickly saw that the demand extended further. Parents wanted to arm their children with the technology, and demand was high among women, particularly those living in cities. People whose jobs involve house calls also expressed a need, like nurses, real estate agents, technicians, and people with medical conditions.

Many early adopters of MyForce were victims of domestic violence. Zotti shared the story of a young woman with an abusive boyfriend. When they got in a heated argument one night, she opened the app on her phone and put it discreetly on the counter. A monitoring team was able to listen in on their conversation and knew that she lived with a violent partner based on her profile.

MyForce operated in beta for about 18 months and is now available for public use. Users can sign up for a 30-day free trial, after which the service costs $11.99 a month, or $9.99 a month with an annual subscription. While this price is higher than many other personal safety apps, like StaySafe, Guard My Angel, 5Star Urgent Response, LifeLine, bSafe, and StreetSafe, Zotti said the additional layer of security makes the extra money worth the investment.

“We have a professionally-trained staff around 24/7 that can handle calls that come in anytime, anywhere and make sure our users get help when they need it,” he said.

There are times when people accidentally send an alert, and for these occasions, MyForce has a cancel option. Users also set a safe word. Sometimes if the danger level of a situation is unclear, a MyForce team member will personally call your phone to check in. The safe words can be used to express need, or defuse the response.

MyForce was founded in 2010 and has raised $2 million. It is based in Denver, Colo.