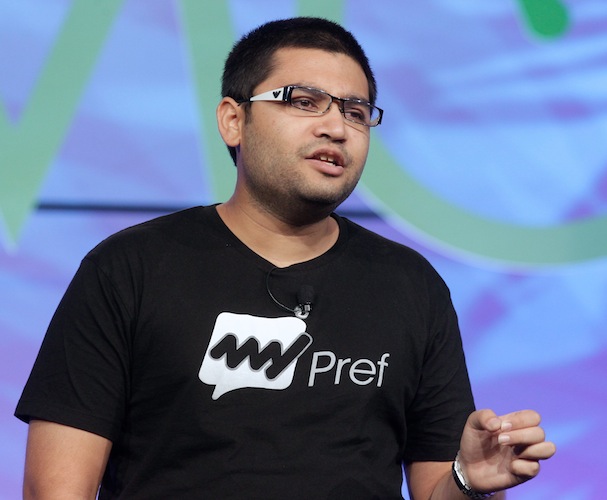 So you’re visiting a new mall — what if you could just glance at one app to see if your favorite stores, or those jeans you’ve been dying to buy, are nearby? MyPref, an iPhone app that remembers products and brands that you like, aims to do just that.

While it’s not too tough to locate nearby stores on your smartphone already, MyPref has the potential to be useful once it learns enough about you. At that point, the app could function like a database of things that you like, which you can also easily share with your friends. The app can also tell you which of your friends’ tastes are most compatible with you. 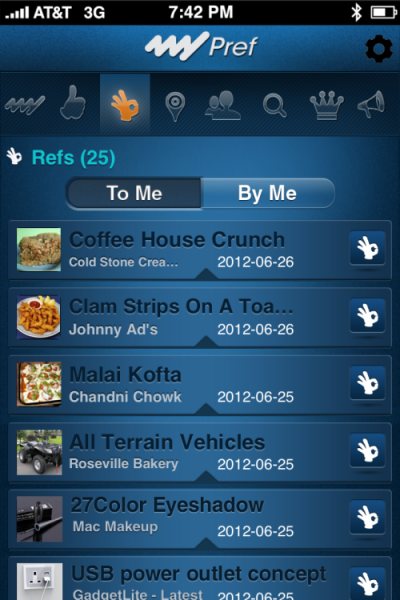 “Most location-based retail-consumer apps inundate the user with information that is largely irrelevant and less than useful,” said MyPref cofounder Abhishek Chhajlani in an e-mail to VentureBeat. “Although consumers provide merchant reviews and recommendations and share them with their social networks, the business model behind these apps is merchant-driven marketing.”

MyPref is Chhajlani’s attempt to reduce the clutter consumers face in retail apps — though it certainly has a long road ahead. The company is clearly competing with Facebook, which since its founding has been desperate to learn what users like and how to make money off it. Eventually, Facebook could pursue MyPref’s mobile location-based approach, which would spell trouble for the fledgling startup.

But Chhajlani believes MyPref’s friend compatibility metric could help it compete against Facebook. “Unlike other networks that deal with the number of likes and preferences, we deal with quantifying each individual number as well, and not in a generic way, but based on your own preferences and of those within your network,” he said.

Chhajlani and his friend Manan Bhandari found MyPref in India in January. The idea for the company came when the cofounders were struggling to remember a specific dish their friends recommended in a restaurant. That led them to believe there was a need for an app that tied our preferences together with location.

The app is functional for two sectors at the moment-food and fashion, which on the one hand allows the company to focus on execution, but is potentially limiting in terms of user interest.

“Finding things around you is a hard problem,” said Sage Panelist Josh Elman of Greylock Partners. “I think it is good they are picking one or two specific verticals to start with. It is a better start than trying to be broad, but I got stuck figuring out how food and fashion fit together.”

The company received seed funding from friends and family earlier this year, and it’s looking to raise additional capital.

MyPref is one of 75 companies and 6 student “alpha” startups chosen by VentureBeat to launch at the DEMOFall 2012 event taking place this week in Silicon Valley. After we make our selections, the chosen companies pay a fee to present. Our coverage of them remains objective.