Nearly six months after its acquisition, Twitter-owned MoPub is launching its mobile-focused native ad exchange to the public. MoPub first began testing the native ad service with a limited number of publishers a few months ago.

MoPub has long offered a standard ad exchange for normal banner ads, and claims to reach “over one billion iOS and Android users and serves more than 130B ad requests every month.” The company adds that it believes “the opportunity of native advertising is significantly larger.”

The difference between native ads and banner ads is simple: A native ad’s design and format blends into the content around it. For example, a native ad on the mobile messaging service Tango [below] blends-in next to updates from your friends. 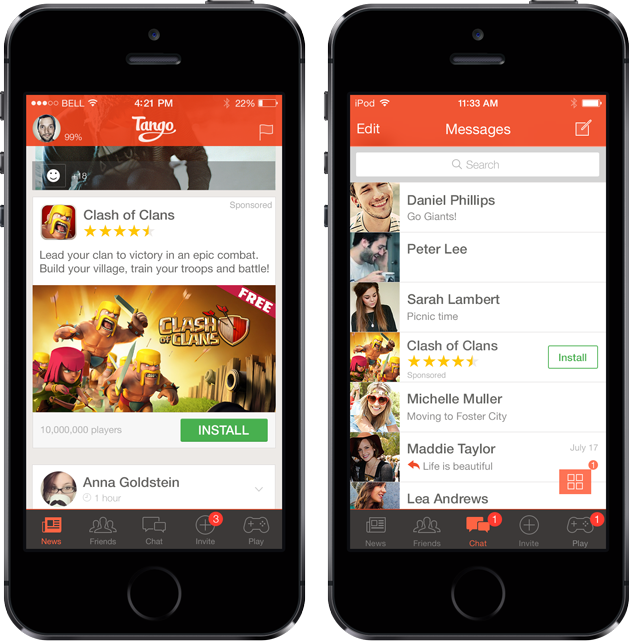 To be clear, MoPub’s standard ad network is gargantuan.

This shift towards integrated, native ads is a pretty big deal for Twitter. Twitter, of course, claims to have been involved in native ads since it enabled the first promoted tweet.

With this launch, MoPub is also attempting to introduce a new standard for native ads:

We believe that establishing an open standard for native ads will be instrumental to advertiser performance and publisher revenue. To this end, we have submitted to the IAB working group a Native Ads Extension to the OpenRTB spec.

Twitter’s MoPub is not alone in the automated native ad space. There are too many competitors to list in full, but comparative companies include TripleLift, Outbrain, Polar, and Sharethough.