Robert Weber is the co-founder and senior vice president of Business Development at NativeX.

Now that the dust has settled and another MobileBeat has come and gone, we’re left wondering what the big lessons from the show were. Having experienced MobileBeat in the past as a sponsor, speaker, and attendee, there was one big trend I saw popping up at a lot of the panels and talks this year for the first time: the rise of native advertising and sponsored content.

Chances are you’ve probably read a sponsored post on the web and actually enjoyed it. Publishers have embraced sponsored content because it delivers superior value for the advertiser and consumer. Consumers are actually clicking and sharing, which means more money for the publisher.

It’s become so effective and popular that, along with entire blog and news sites dedicated to sponsored content (such as Zemanta), companies are finding creative ways to insert their brand in innocuous places (Solve Media just landed $6 million in funding to sponsor CAPTCHAs!).

But how can app developers create similar integrated ads that don’t suck? During last week’s show, senior executives from Millennial, Flurry, and Tapjoy professed their commitment to innovating on new ad units and improved use of data for targeting as the way forward.

Recently appointed Chief Product Officer for Flurry, Prashant Fuloria, was quoted as saying, “We haven’t built the killer ad format yet. It could be native…”

I have no doubt that the next killer ad format is native. Definitive research has proven that embedded ads designed to seamlessly integrate with the users’ content experiences perform better for all stakeholders.

Even though it’s still early, it’s obvious that certain app categories (social networking, chat clients, news, education) are able to insert sponsored content more naturally than others (games, entertainment, utilities). For example, promoted tweets and posts naturally flow into feeds without sticking out like traditional advertising. But how can advertisers achieve a natural flow in games? According to Flurry’s presentation at MobileBeat, games are still the very best channel for reaching moms. (See fig. below.) 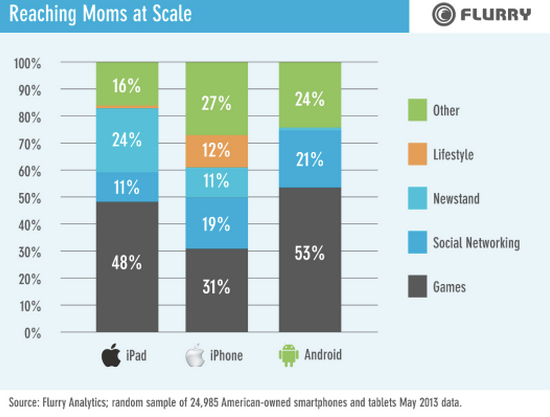 Perfecting native ads is what keeps me up at night. About three months ago NativeX rolled out our first native ad unit with a goal of making ads that don’t suck. It had to feel so natural that a user would feel like they landed in a bonus level rather than be interrupted by a pop up. The initial experiments since then have yielded significant improvements in all key metrics, such as those in iWin’s Deal or No Deal and this recent placement in Battle Bears. (see fig. below) This is just the beginning of where we believe native mobile advertising will go. 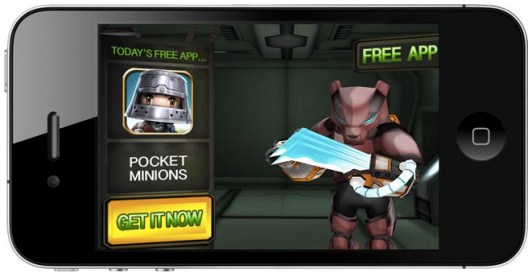 Above: A NativeX ad in Battle Bears.

MobileBeat 2013 was full of insight and it’s clear the mobile industry is at a tipping point. Flurry’s revelation that only 10 percent of a $40 billion annual advertising spend makes it to mobile is both a surprise and a challenge to change the status quo. While our strategy for solving this challenge is different than Flurry’s, I do agree with Fuloria -“Better user experiences are going to win.”