With more and more video-streaming companies offering downloads for offline access, Netflix is doubling down on its efforts to show that ubiquitous Wi-Fi is the real answer to your streaming problems: It has partnered with Virgin America to offer free Wi-Fi to all Netflix customers

The new service, which will be available on new Virgin America planes that have ViaSat Wi-Fi service onboard, promises to be “8 to 10 times faster” than other competing services. While the free Wi-Fi is a limited time offer that lasts until March 2, 2016, it’s consistent with Netflix’s insistence that downloads won’t fix the longer-term issue facing its subscribers. 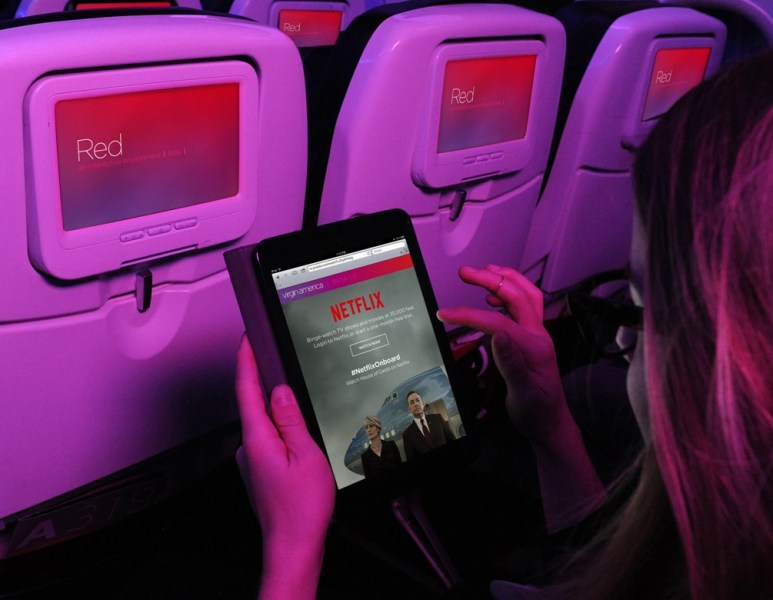 As one of the world’s biggest video-streaming brands, Netflix has always maintained that it won’t ever offer downloads. Last year, it said that downloads would disguise the bigger problem — poor-quality Wi-Fi, which it says will only improve over time. And earlier this month, the company added that downloads would add needless complexity to its service.

However, this attitude runs in stark contrast to other video-streaming services. This month alone, Internet juggernaut Amazon finally opened up Prime Video on iOS and Android to offline access. Shortly after, Wuaki.tv, a Europe-based on-demand video service owned by Japanese ecommerce giant Rakuten, revealed it was introducing offline access too. Then U.S.-based network Epix confirmed it would also allow subscribers to download movies directly to their mobile devices.

If you were still secretly hoping that Netflix would pull a few surprises and offer downloads itself, well, this latest move certainly suggests otherwise. Indeed, the two companies have even launched a Netflix-branded aircraft to promote the tie-up. 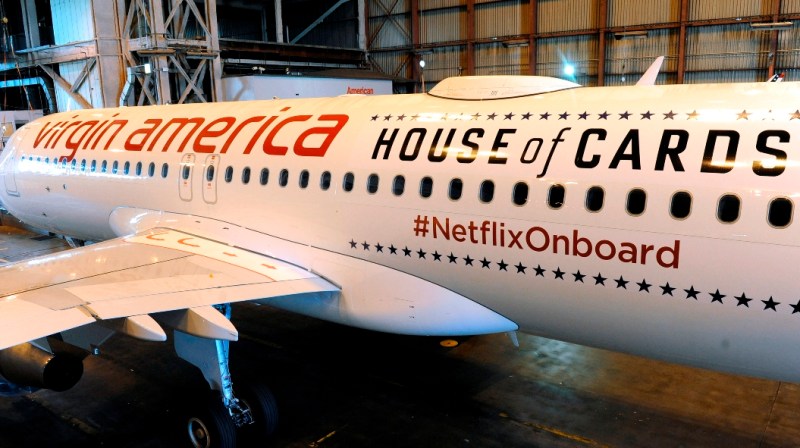 Above: Netflix and Virgin America Plane

“This advances our goal to bring Netflix to members wherever they are and whenever they want,” explained Bill Holmes, global head of business development at Netflix. “For us, the future of streaming technology is about delivering an on-demand service that takes advantage of the expansion of Wi-Fi to public places, parks, and now airplanes.”

To be clear, this doesn’t mean you’re getting Netflix on planes for free. It means you can sign up for Netflix, or use your existing subscription, to stream movies and TV shows without paying for Internet access. To access the service, you’ll have to open a browser on your device and log into the Wi-Fi through the ViaSat network; then you’re good to go. 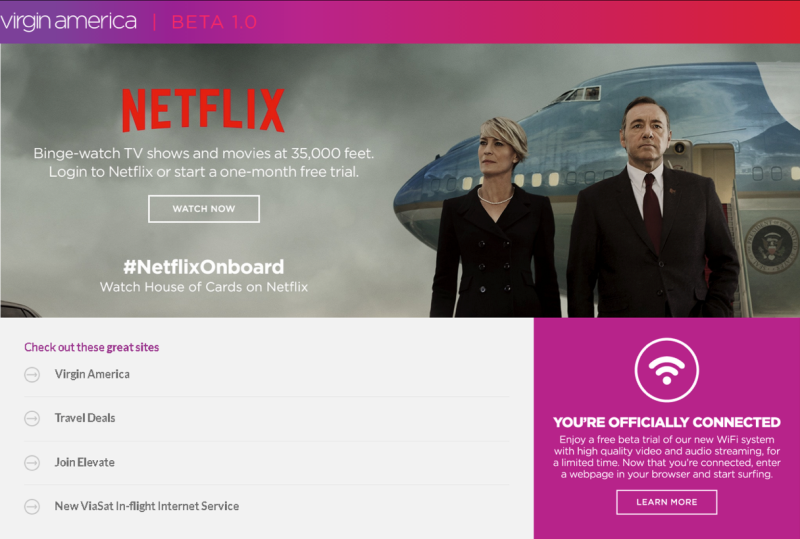 This could also prove to be an effective means for Netflix to gain new members, given that anyone can sign up for a free 30-day trial on the spot.

This isn’t the first such deal to come to fruition, however. Back in May, Amazon revealed an in-flight entertainment tie-up with JetBlue, letting customers stream their Amazon Video titles on their own devices gratis. While the Netflix / Virgin America deal will also largely require passengers to travel with their own connected devices, Virgin will be broadcasting House of Cards (seasons 1-3) directly from its seatback screens — for free.

It’s also worth noting that both Netflix’s and Amazon’s deals are for largely U.S.-focused airlines, which makes it easier to manage rights. It would likely be much trickier for video-streaming companies to manage this process on international flights.