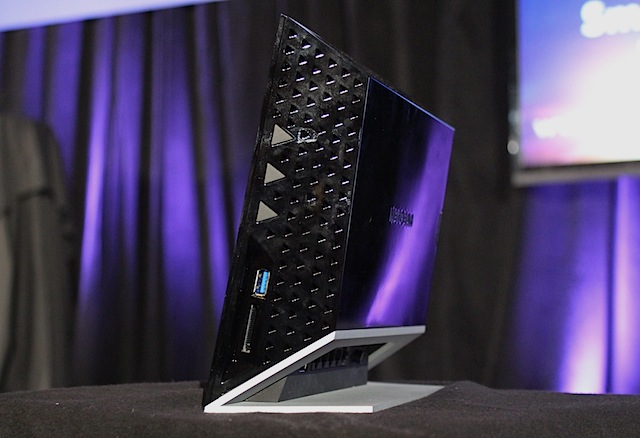 Netgear knows that while you occasionally want to check work email at home, what you really want a fast home network for is watching HD shows that you’re streaming wirelessly from the internet.

To that end, the company will be extending its line of home networking devices this year, making it simpler for consumers to connect their computers, TVs and devices to the internet for file storage, streaming media and basic connectivity.

The company announced eight new products at the Consumer Electronics Show today, several of which are aimed at simplifying people’s access to streaming media.

“The PC is not dead. It’s evolving into something new,” said David Henry, a vice president at Netgear, pointing to the wide variety of devices in typical homes that depend on internet connections: tablets, streaming media boxes, smart TVs, smartphones as well as laptops and desktops.

“Whether it’s a post-PC era or not, the demands on the network are new.”

The proportion of homes with more than six devices connected to the internet has grown 70 percent from 2010 to 2011, according to a Netgear survey. For the first time, more than 50 percent of home internet traffic is based on real-time entertainment.

NetGear’s Media Storage Router (shown above) addresses many homes’ growing need for storage as well as wireless. With 2 terabytes of internal storage, it stores data as well as providing network connectivity. It’s compatible with Apple Time Machine as well as Windows backup software, so it can be used to back up any computer on your network. It’s also DLNA compatible, so it can be connected with compatible devices (such as televisions) on your network. It offers dual-band, N900 2.4 and 5GHz Wi-Fi. It also offers two USB 3.0 ports for connecting additional storage, gives you remote access to your files and comes with a firewall for protecting your personal data.

The NeoTV Streaming Player, announced last year, now supports Hulu Plus (as well as previously-supported services, such as NetFlix, YouTube and dozens more). A future version will also support Intel Wireless Display (WiDi), so you can project your laptop screen onto your television in full HD. 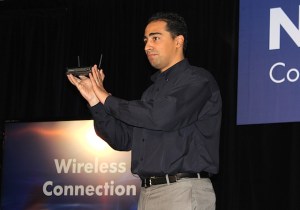 To address those annoying “dead zones” in your home Wi-Fi network, Netgear offers the Universal Dual Band WiFi Range Extender. It can be used to extend 2.4 and 5GHz Wi-Fi bands simultaneously and has four Ethernet ports for wired connections.

Last year’s Netgear Genie software monitors and helps you manage your home network. This year, the company will also offer a Netgear Genie app, so you can manage your network from an iPhone or Android phone. It provides access to wireless network controls, parental controls, and access control so you can boot off neighbors “borrowing” your bandwidth. If you’ve got media on your network (such as files stored on the Media Storage Router) you can select videos and direct them to DLNA-compatible devices on your network. You can also play media directly on your smartphone. 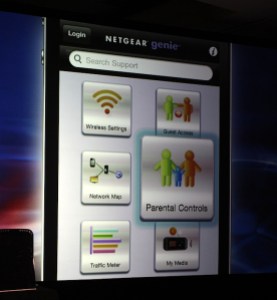 “The content can be on any DLNA share, and the player can be any DLNA player,” said Henry. In effect, it makes your phone into a basic remote control for accessing videos and music stored on your network.

The future includes 802.11ac, which will provide 1.35Gbps speeds. Products based on that standard will be available this year, Henry said. Also, next-generation power line standards will exceed 1Gbps, up from the 200Mbps capable with the current standard, HomePlug AV, or the 14Mbps possible with the previous version, HomePlug 1.0.

The company’s new Netgear Smart Network includes Netgear devices, an “Intelligent Cloud App Server,” and a development platform for creating apps that run on Netgear’s system. Developers can sign up for the Smart Network now. In the coming months, Netgear will be announcing devices that support the Smart Network.