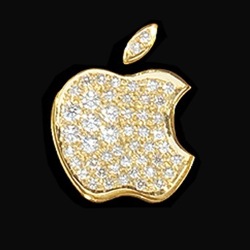 One of the big themes at Apple’s Worldwide Developers Conference keynote speech today was pricing: A super-cheap price for an upgrade of the new Mac operating system Snow Leopard ($29), a price cut for the iPhone 3G (down to $99), and an affordable entry-level price tag on the new iPhone 3G S ($199). Too bad the speech didn’t come with footnotes, because once again, AT&T and Apple are using the pricing plan to annoy existing customers.

For people still on a two-year AT&T contract (like, say, many iPhone users) but wanting to buy new phones, the pricing for them will go more like this: $499 for the 8 gigabyte iPhone 3G, $599 for the 16 gigabyte 3G S, and $699 for the 32 gigabyte 3G S. While I understand some of the logic here, since AT&T is basically subsidizing the phone price to get new service customers, this is still a heck of a way to reward loyalty, especially at a time when people are already annoyed with erratic phone and data service, plus the fact that AT&T will be slow in adding some fo the iPhone’s new features. I’ve already complained about this policy, which essentially punishes AT&T existing customers; what’s amazing is that the subsidy gap between old and new customers has grown from $200 to $400.

To be fair, AT&T is also saying that iPhone 3G owners who are at least a year into their contracts will only have to pay $200 more. What a privilege! So that amazing new 3G S phone you’re drooling for? It might cost $199. It might cost $399. Or it might cost $599. I wish AT&T and Apple luck in explaining that to customers.