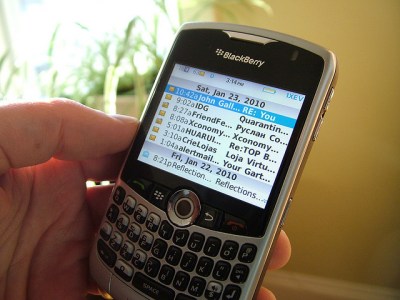 You’d think that with a new chief executive in charge, BlackBerry maker RIM would be making some sweeping changes to revitalize its ailing smartphone business.

But, in a conference call new CEO Thorsten Heins held with the press this morning, he reiterated his position on sticking with RIM’s current strategy for the foreseeable future. The big takeaway, which will surely disappoint many Android fans, is that he outright refuses to break up RIM’s control of both its software and hardware.

“We are strong because we have an integrated solution… I want to build on that. I will not in any way split this up,” Heins said. He rightly pointed out that Apple, “the other fruit company,” is the only other mobile device maker to hold such control over its devices, and it makes sense for RIM to hold on to its integrated strengths for as long as possible.

But with RIM’s next-generation BlackBerry 10 OS and devices not appearing until the end of the year, it’s difficult for Heins to get us excited about the company’s integration prowess. Given the many delays RIM has had with its new operating system, which is based on technology from QNX, many figured the company would be better off pulling a Nokia (which dumped its software for Windows Phone) and jumping to Android. (VentureBeat’s editor-in-chief Matt Marshall calls RIM’s exec shuffle the “official triumph of software over hardware.”)

At this point though, it’s too late for RIM to make any such changes, and its stuck with its current game plan.

Heins mentioned that the company would be willing to license BlackBerry 10 to others, but he said that “it’s not my focus one.” Even if RIM manages to find some licensees, it wouldn’t help the company’s larger problems with device market share.

He also reiterated that the company will focus more on consumer marketing over the next year — though honestly, the best marketing for RIM would be BlackBerry devices people actually cared about.