Today’s mobile landscape is dominated by a handful of companies –Samsung, Apple, and Huawei — making it exceedingly difficult for a new company to generate the capital and the buzz necessary to compete.

That’s why Nextbit, a small company formed by veterans of some of the industry’s biggest players, is such an anomaly — and why its premiere effort, the Nextbit Robin, is so interesting.

Nextbit’s three principal executives have some pretty substantial mobile industry pedigrees between them. Cofounders Tom Moss and Mike Chan (the CEO and CTO, respectively) both hail from Google, where Moss was worldwide head of business development for Android, before building his first company and selling it to Motorola in 2011. Chan specialized in power management, performance, and security as a software engineer on Android.

Chief product and design officer, Scott Croyle, who’s responsible for Robin’s refreshingly unique aesthetic, is an HTC veteran best known for having spearheaded the company’s lauded One M7 and One M8 flagships.

Despite the fact that the small team (currently under 50 employees) was able to raise a healthy series A round north of $19 million from Accel Partners, along with their former employer’s investment arm Google Ventures, the company still decided to drum up interest in Robin through a crowdfunded Kickstarter campaign. Twice extended past its initial $500,000 goal, the campaign ended up raising over a million dollars — and locking in thousands of preorders.

This initial group of buyers is critical to the firm’s business model, because you won’t find Robin at your favorite carrier. Instead, it’s being sold unlocked, in both GSM and CDMA flavors, directly to U.S. citizens for a Moto-like price of $400. That buys you quite a capable little performer, whose final form and function were influenced by that first group to preorder — another benefit to the Kickstarter campaign. 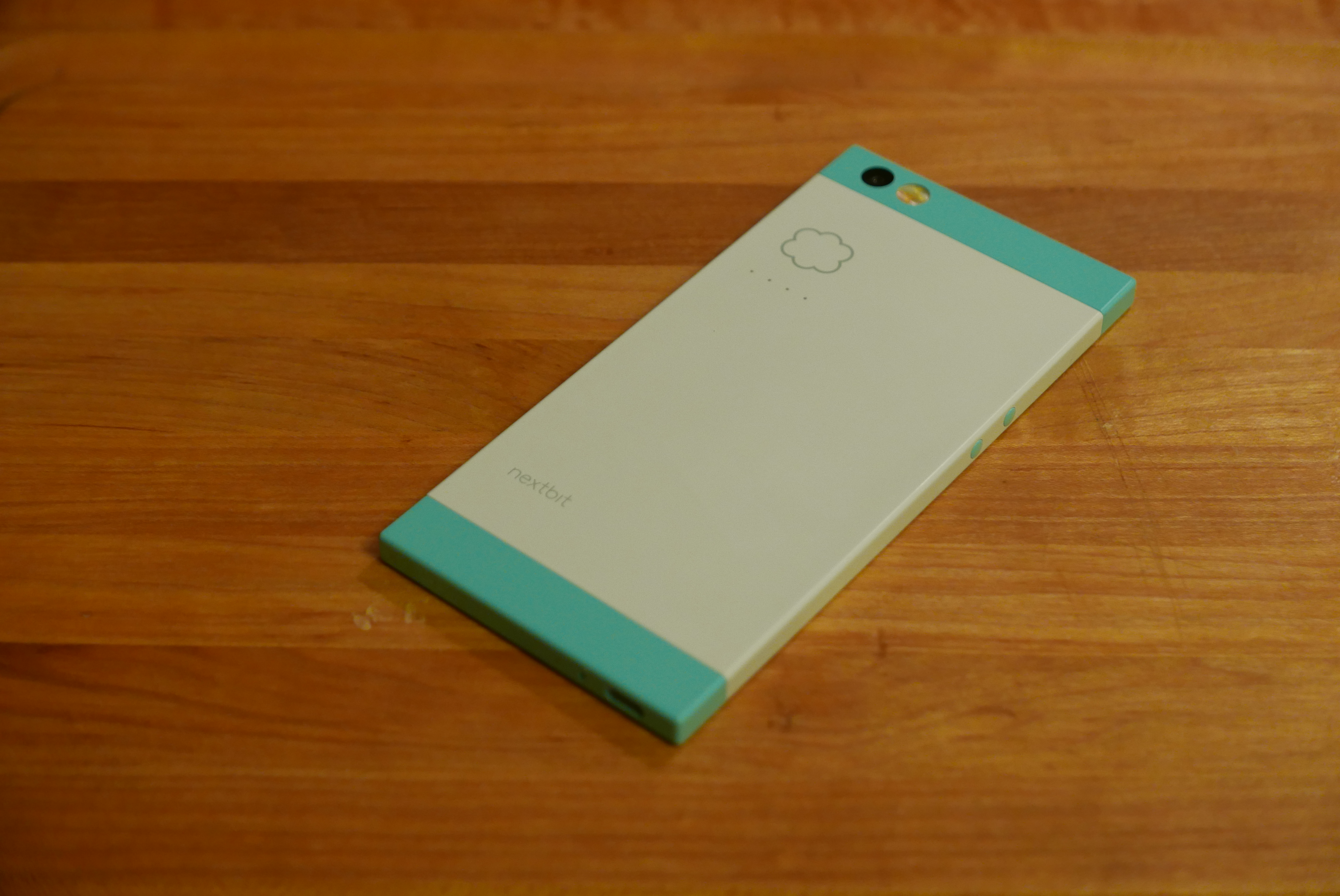 The first thing you’ll notice about Robin, besides its unusual color palette (two-tone aqua Mint or dark blue Midnight), is that hard right angles abound. While most major OEM handsets strive to curve their corners as much as possible around a rectangular screen, Robin’s plastic enclosure mimics the display it’s framing almost exactly. The result is a well-balanced device that feels solid in the hand, with plenty of room on the completely flat, seven-millimeter-thick side panels to grip.

Overall, the design is fairly minimalist: The front of the device is almost completely consumed by the 5.2-inch, full HD IPS LCD, which is protected by Gorilla Glass 4. At the top and bottom are identical circular speaker grilles. In fact, the vertical symmetry of the logo-less device face is only broken by a selfie cam and an ambient light sensor next to the upper speaker.

The back is similarly unadorned, sporting just an off-center, tastefully sized Nextbit badge, as well as the company’s logo, a stylized cloud icon. At the bottom, the phone charges and syncs not with a microUSB port, but with next-gen USB type-C, that symmetrical connector that will finally end Apple Lightning cable envy.

One side of the phone features separate up and down volume buttons with a satisfyingly bumpy topography, while the other is home to a SIM tray and the fingerprint reader-embedded power button. I’m not personally a fan of this location for a biometric sensor, but at least it’s always right there when you turn the device on. A 3.5-millimeter headphone jack is located on the top.

Robin runs a lightly skinned, proprietary Android build known as Nextbit OS — and since it’s developed by some of the same people who made Android what it is today, you can be sure that they understand the tastes and preferences of Android purists. Another big advantage to this dynamic is the speed and frequency at which updates and patches should roll out — no waiting around for carrier testing or lumbering multinationals. I’ll admit that some of the UI choices aren’t particularly to my taste, but your mileage may vary. I suspect, however, that the single-column, all-app view might be widely rebuffed. 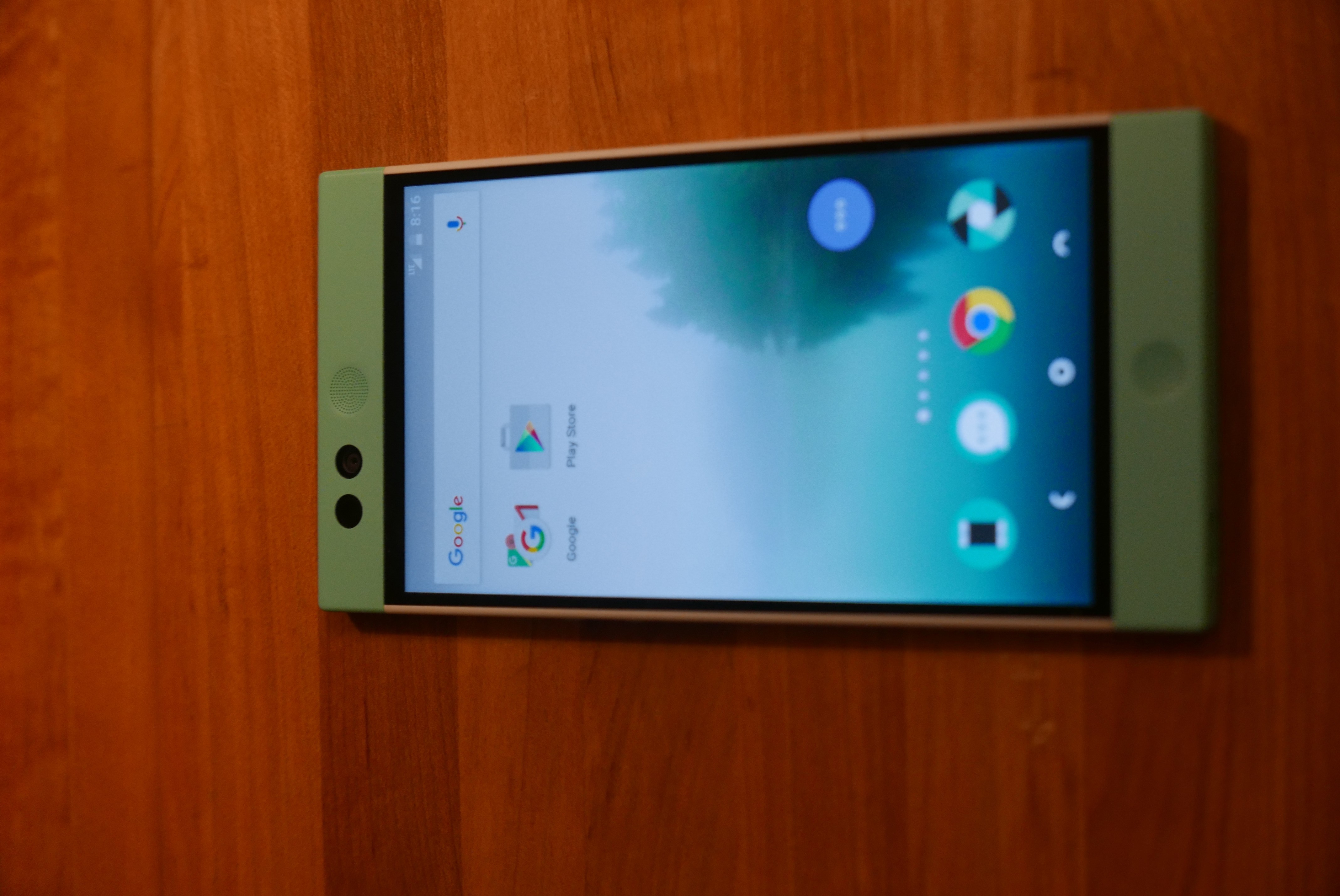 Of course, you can’t cover the software side of Robin without discussing its most heavily marketed feature. While the phone ships with a healthy 3GB of RAM and 32GB of built-in flash storage, it also provides the owner 100GB of cloud capacity managed by Nextbit-developed software (the software predates the phone, and was the company’s first commercial product). No microSD slot here — the so-called Smart Storage technology learns what apps and media you use least and transfers them to cloud storage when local space gets tight.

Does it work as advertised? Absolutely; our review unit came preloaded with a bunch of apps and images to simulate a device in need of a cleanout. Anything booted up to the cloud continues to appear locally, as a grayed-out icon — simply tapping the icon tells the system you want to bring it back to life. One caveat, though: It’s not a full backup solution, as the software won’t sync all your non-media files. 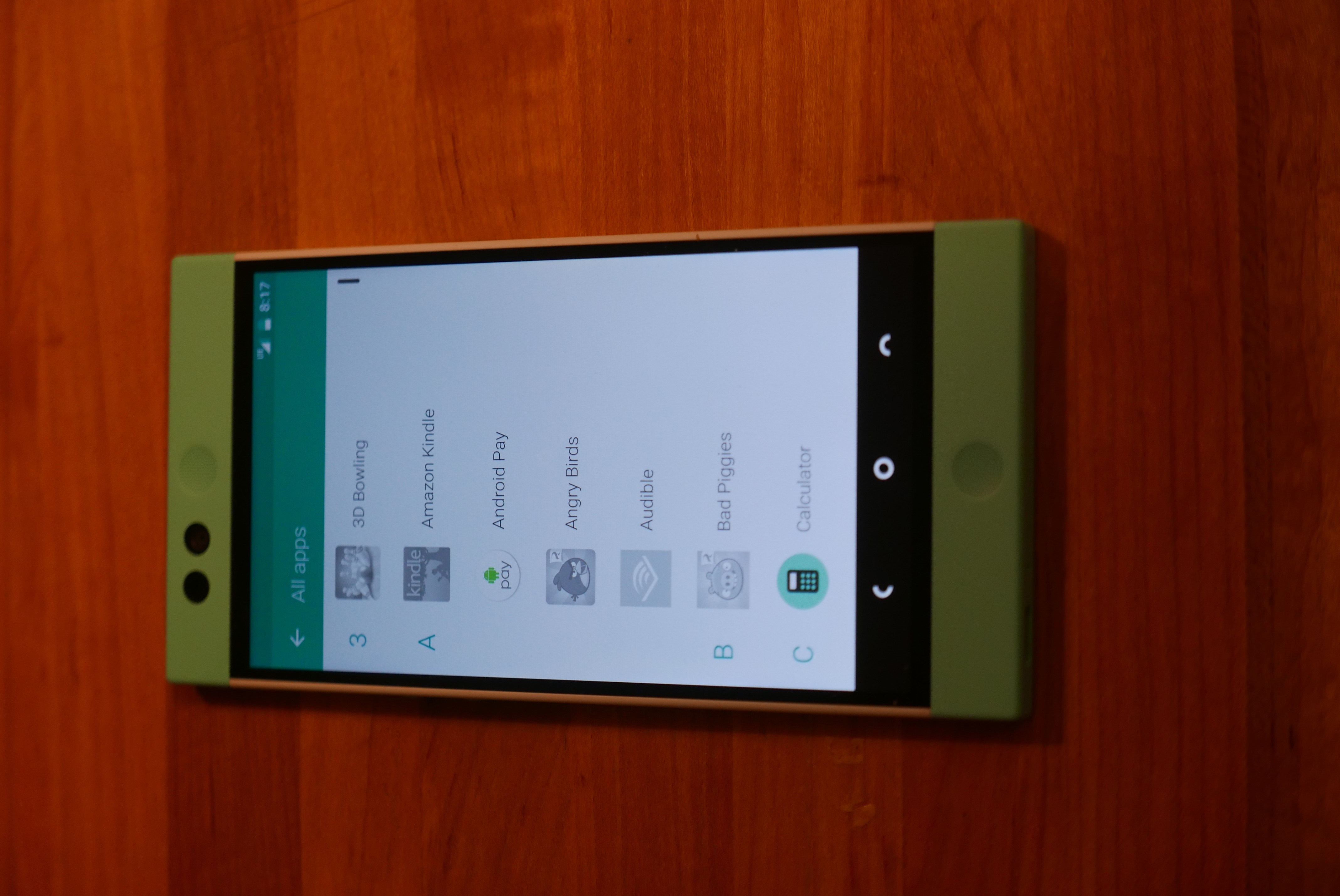 Here’s where it gets real, though: I’m not convinced that this is a critical function for a smartphone, let alone a feature on which to rest much of your marketing message. Yes, that 100GB is free, but I’d almost rather have a microSD slot that accommodates cards 100GB size and larger and backs up all apps and files — not just apps and select files. Of course, a more capacious and all-encompassing cloud solution would be most desirable, but as it stands now, I can’t help wondering how compelling cloud storage will seem in the larger handset marketplace.

The good news is that, even if Smart Storage didn’t exist at all, the Robin is a pleasure to use — especially for the price. It scrolls, zooms, and rotates capably thanks to the hexa-core Snapdragon 808 system-on-a-chip from Qualcomm, alongside the previously mentioned 3GB of RAM. Plus, the lack of QHD resolution means fewer pixels for the processor and graphics chips to worry about.

Audio quality is above average due to those front-facing stereo speakers (and dual dedicated amplifiers), and call audio sounded fine, from both the earpiece and network perspectives. Speaking of networks, the GSM variant — the only one currently available — supports a slew of LTE bands, making it suitable for AT&T and T-Mobile in the U.S., as well as other carriers overseas. When the CDMA version ships, it will be compatible with both Sprint and Verizon stateside.

As far as battery life goes, we didn’t run any formal tests, though it seemed about average for a 2680mAh phone that had already seen a bit of use before hitting our review bench. You might think that all this cloud syncing would be hell on battery life, but actually, the default configuration limits cloud-based activities to times when the Robin is both plugged in and connected to Wi-Fi. 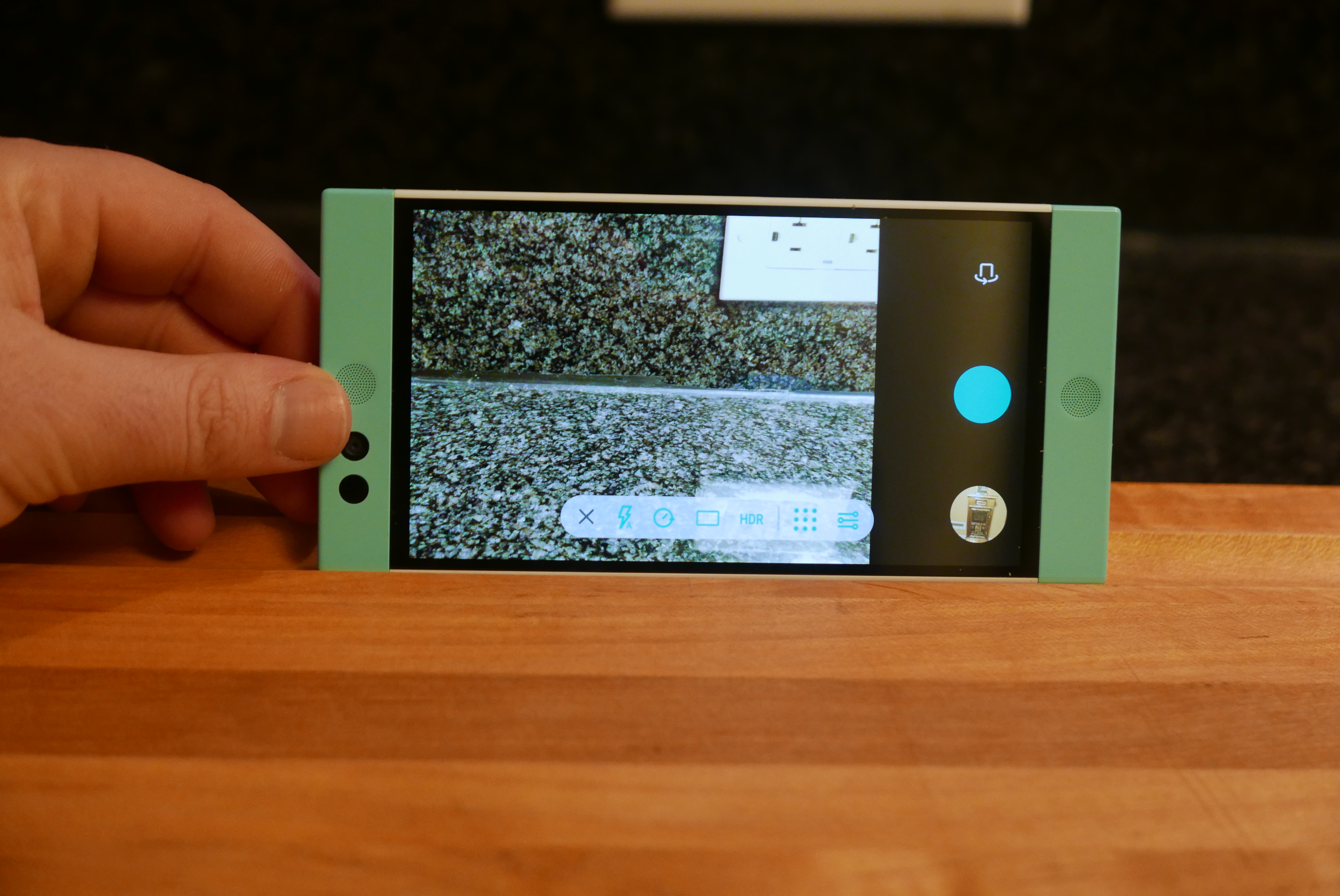 Taking pictures with the 13-megapixel Robin is a straightforward affair. Nextbit doesn’t have the resources to add a million different features and shooting modes — and that’s not necessarily a bad thing. The software does include a manual mode, which gives you control over focus, white balance, and ISO, as well as an exposure compensation slider. Maximum video capture resolution is 1080p.

Overall, I was pleased with the quality of the images I captured, though not quite as much as with my daily driver, Samsung’s Galaxy S6. Colors were a bit soft for my taste, but others may view them as more natural and lifelike. For a solidly mid-range price point, you get a camera whose results should be more than satisfactory.

Two quick notes: HDR mode had some bugginess due to the pre-release firmware loaded onto review units, according to Nextbit, so I didn’t bother to evaluate it. The company claims that the issues will be ironed out in the final firmware on shipped retail units. I also found that the thinness of the handset, combined with the location of the lens, sometimes made it difficult to find a comfortable, secure grip for taking pictures — and several of my test shots (not included here) included the edge of a finger, making them unusable. 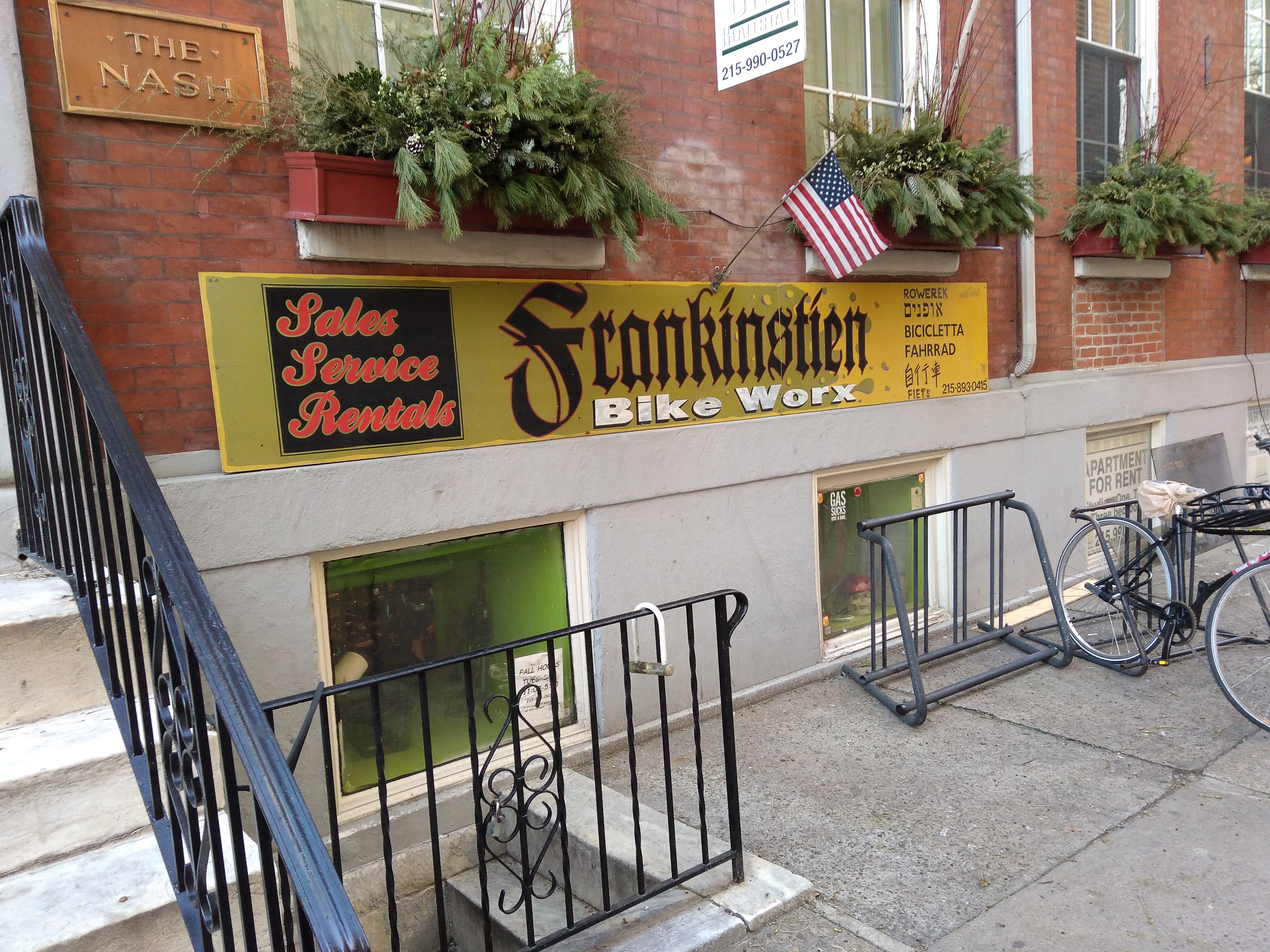 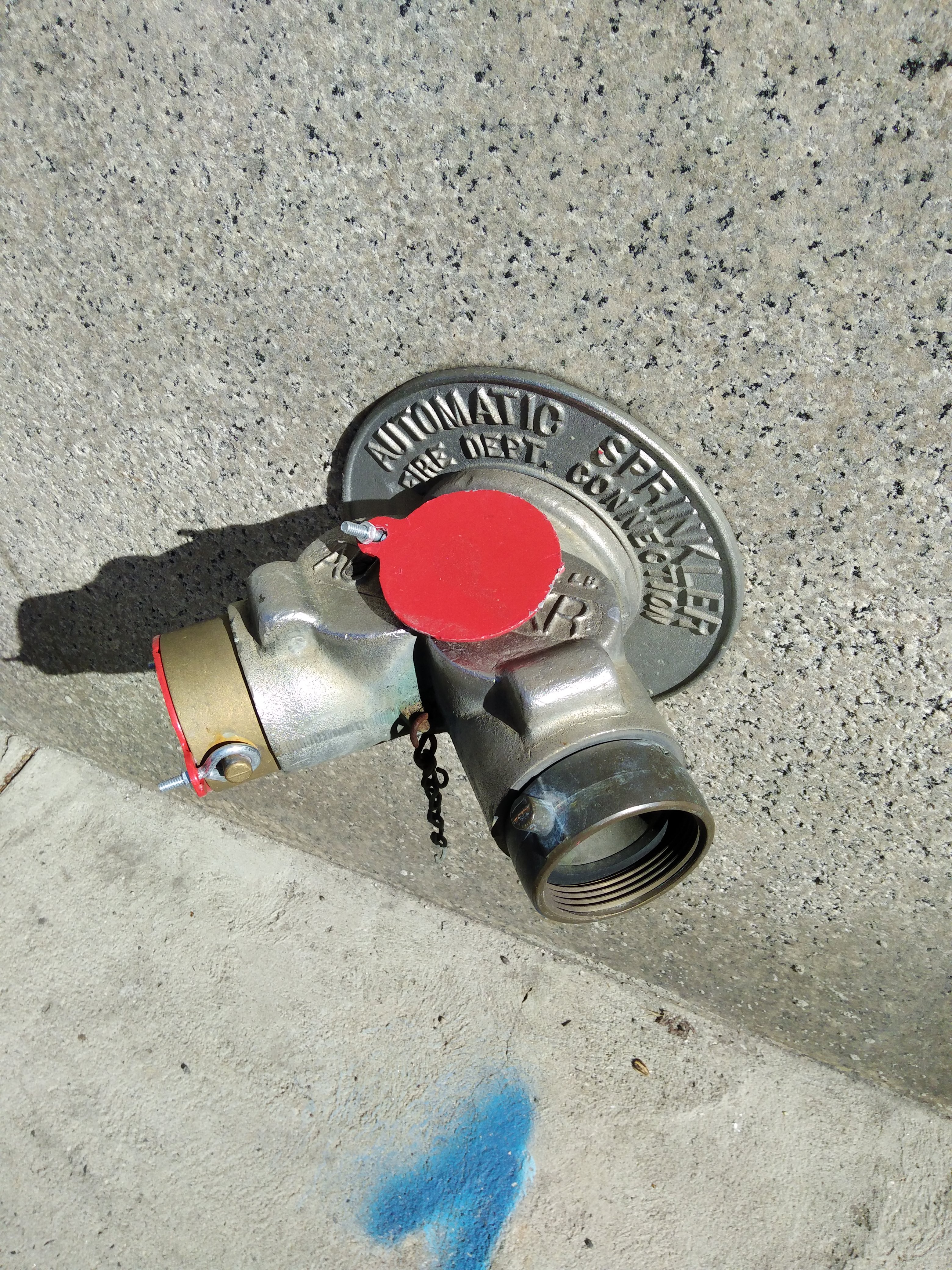 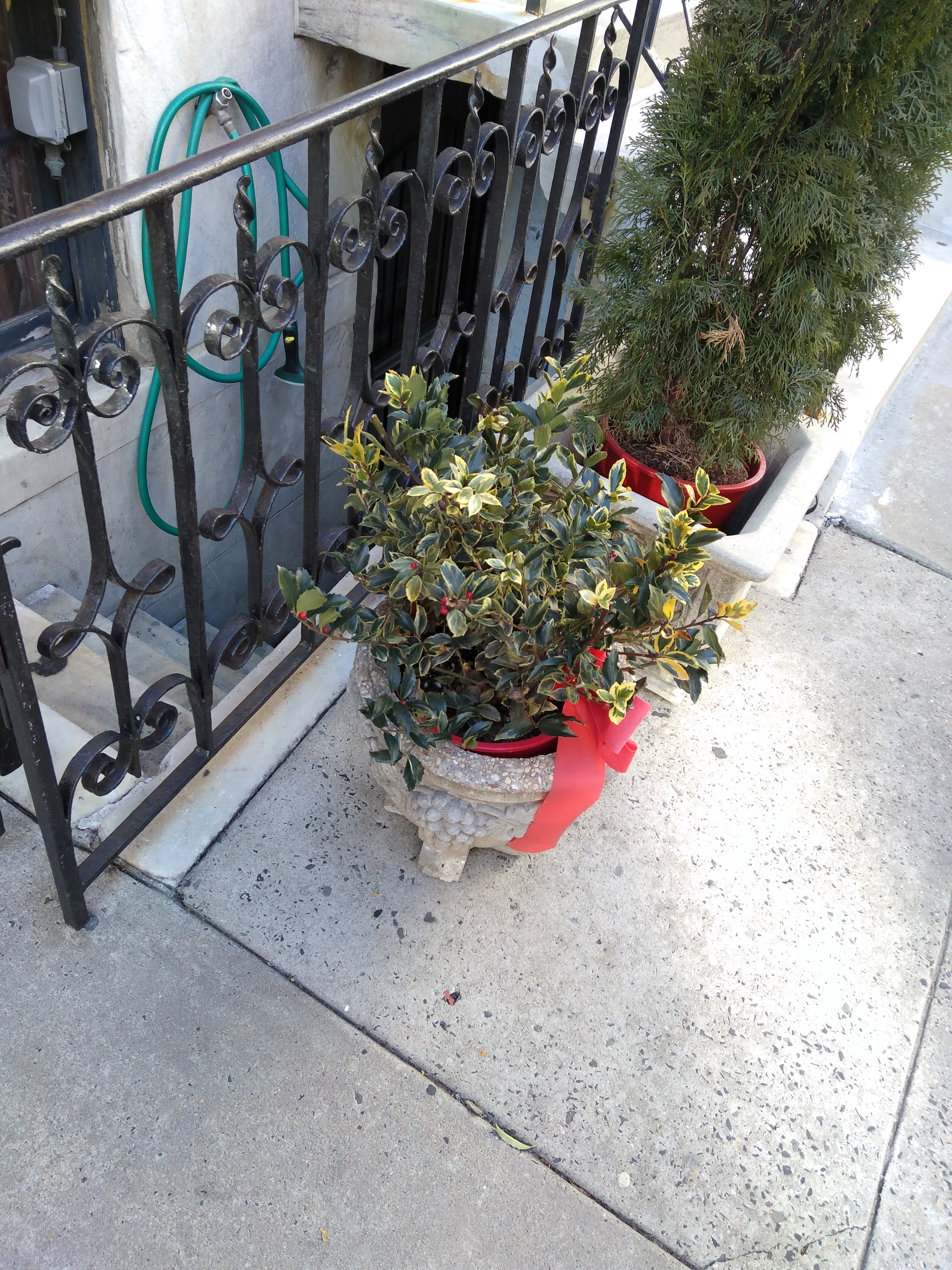 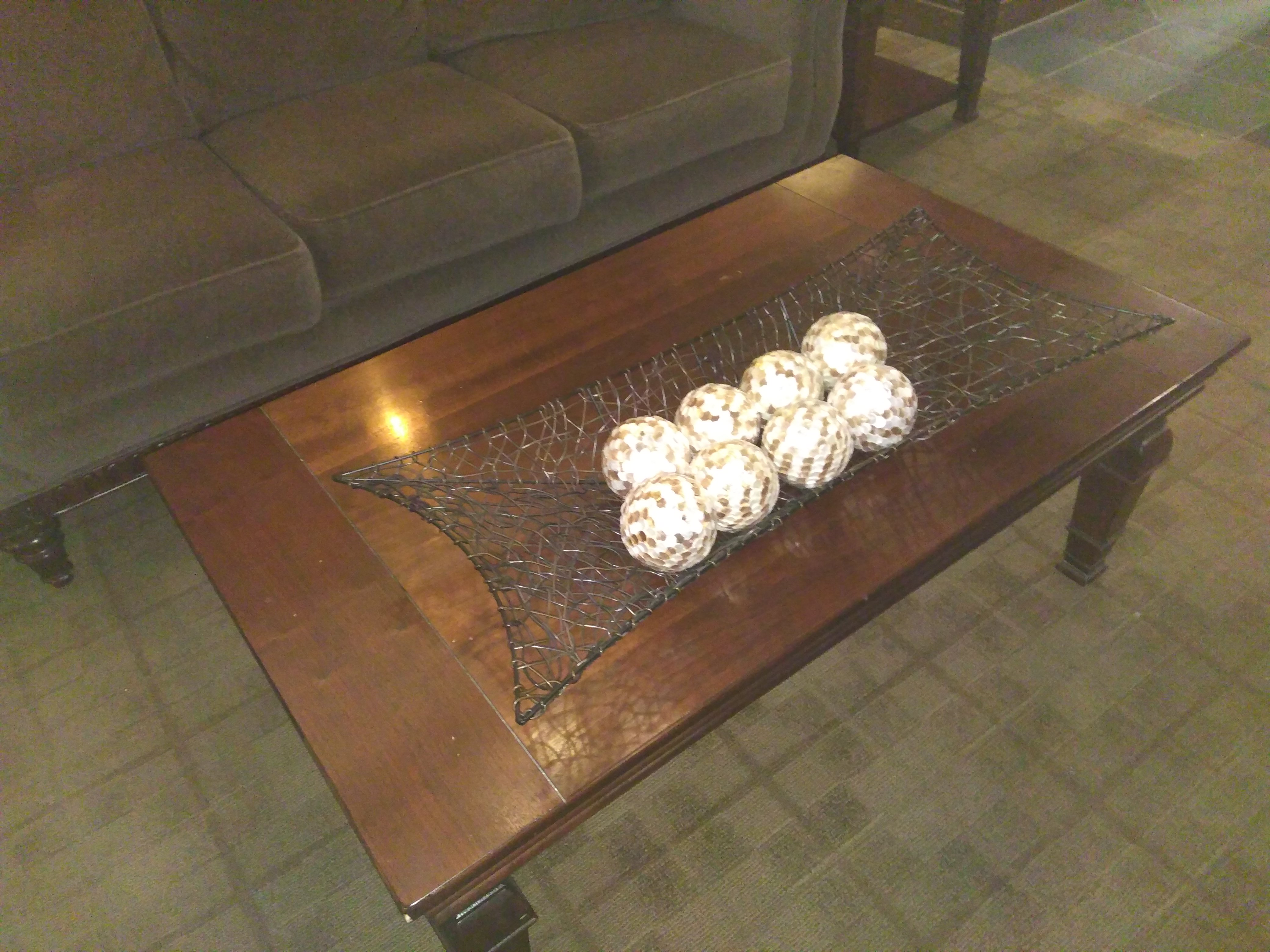 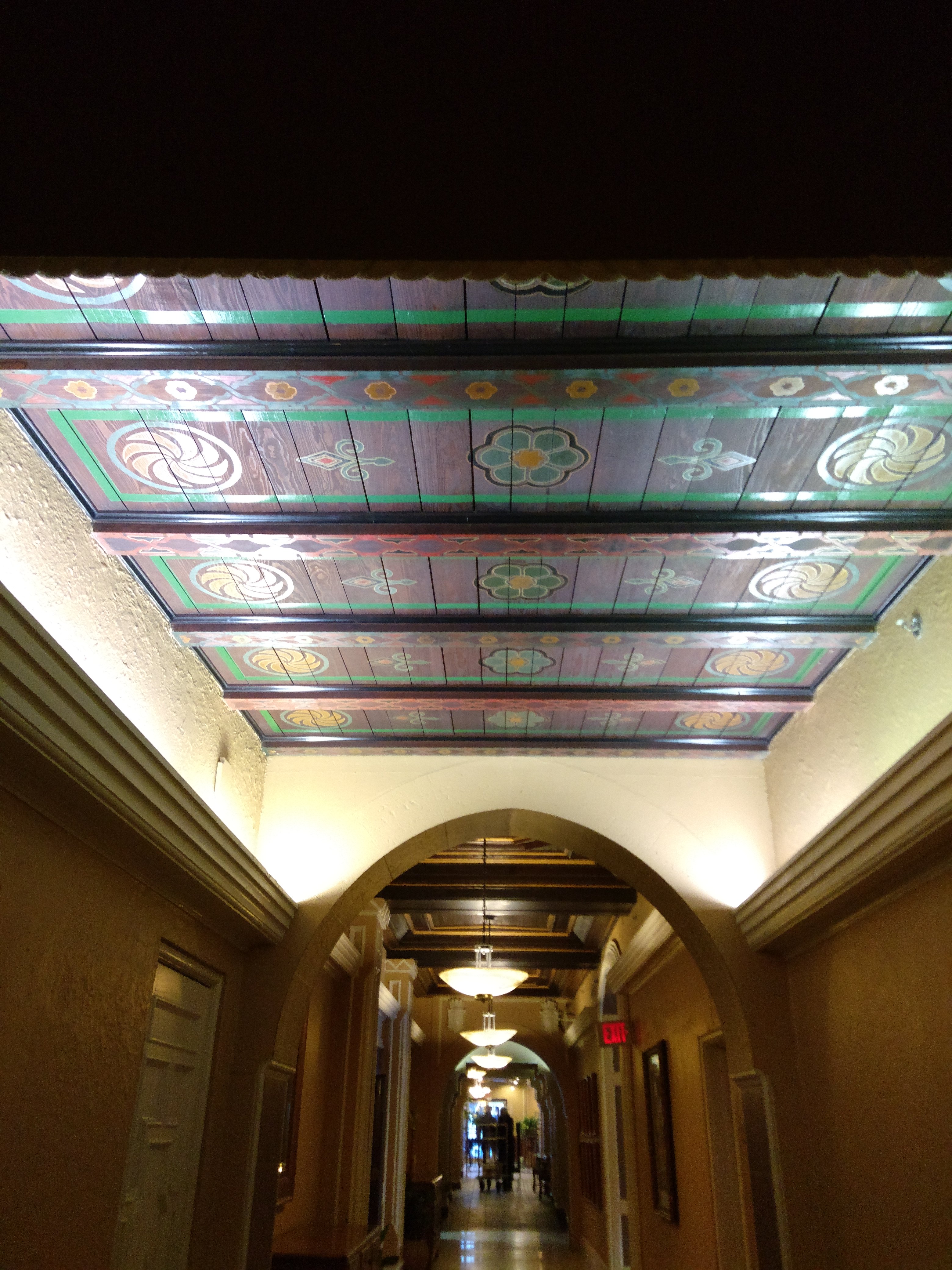 With a relatively small team, Nextbit has created an impressively polished handset — a testament to the hard work of its staff, as well as the ever-lowering barrier to entry in consumer electronics. The design may not strike everyone’s fancy, but personally, I’m a fan, and there’s no denying the craftsmanship and eye for detail that went into its development.

Since the Android experience is close to stock — and from a team intimately familiar with its workings — it should appeal to purists and average consumers alike. Likewise, the speed and overall performance are quite good, especially for the price point. It’s a solid package that would stand on its own, even without all the emphasis on cloud backup and restore options.

But because of that emphasis, Smart Storage had substantial weight in our evaluation. As mentioned above, I don’t find it to be very compelling, mainly due to its selectivity in backing up only apps and photos. I wouldn’t call it gimmicky, but I would have liked to see it either given more functionality or less marketing prominence.

The Nextbit Robin is one of the most aesthetically unique — and, I think, appealing — smartphones on the market today. At $400, it offers a good value, featuring many components usually found on flagship-class devices. Those two aspects are its main selling points, not the cloud functionality, and they should be your primary considerations when evaluating purchase.