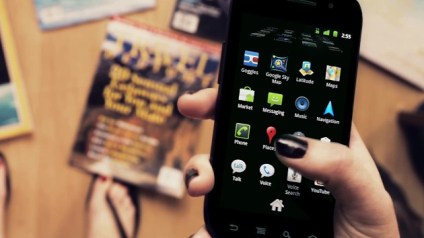 Google’s Nexus One and Nexus S phones have been the benchmarks for quality Android devices over the past two years. Now we may have a glimpse of its next flagship phone, tentatively called the Nexus 4G, thanks to the mobile site Boy Genius Report.

But this time around, with manufacturers like Samsung and HTC delivering cutting-edge Android devices every few months, it may be more difficult for Google to differentiate its next Nexus phone.

As is the case with most new smartphones on the horizon, the Nexus 4G is rumored to be packing a dual-core Snapdragon processor. It will also run Android 4.0 “Ice Cream Sandwich” — judging from Google’s past Nexus devices, it will likely be the first phone to run the new OS. BGR’s sources also say that the phone will have a “monster-sized” screen and will sport software Android menu buttons as opposed to the hardware buttons many phones currently feature.

The Nexus 4G will also be equipped with support for LTE, which means it’ll be available for either Verizon or AT&T’s LTE networks. The phone will sport a high-performance 5 megapixel rear camera (which basically describes the iPhone 4’s current camera) and a 1 megapixel front-facing camera.

While the Nexus 4G sounds like a killer device, there really isn’t much differentiating it from upcoming superphones like Samsung’s Galaxy S II. Last year’s Nexus S was the first Android phone to feature NFC capabilities, and it’s now being used to power Google Wallet, the company’s mobile payment initiative. Past Nexus phones have also been notable for not including any obnoxious third-party software and providing a stock Android experience.

According to BGR, the phone may land around Thanksgiving. There’s also a chance that it won’t be labeled a Nexus device at all — instead it could become a reference Android phone for Android 4.0, a function that Motorola’s Droid served for Android 2.0 years ago.