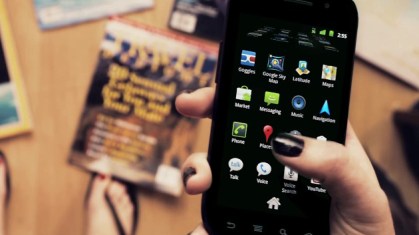 Google may launch its third Nexus flagship Android phone, which is rumored to be called the Nexus Prime, earlier than expected this October, according to a report by the Korean site Electronic Times.

Like last year’s Nexus S smartphone, the Nexus Prime is expected to be built by Samsung, so it’s not that surprising to see this news hitting a Korean site first. Previously, Google’s Nexus phones were released towards the end of the year, instead of the middle of fall.

The Electronic Times confirms details about the Nexus Prime that we’ve previously reported. It’s going to be the first Android phone to run the Android 4.0 operating system, codenamed “Ice Cream Sandwich,” and it will sport a high-resolution HD display running at 720p (1280-by-768 resolution). The site also adds some additional tidbits, reporting that the Nexus Prime will feature a 1.5 gigahertz CPU and sport a massive 4.5-inch display. That puts the phone on par with other giant Android phones like the Motorola Atrix 4G.

If this report is true, it would mean that Samsung will technically have two high-end Android phones competing in the market this fall — the company is planning to announce its long-awaited Galaxy S II phones on August 29. And of course, the Nexus Prime will be going toe-to-toe with Apple’s upcoming iPhone 5, which is rumored to be available in September or early October.