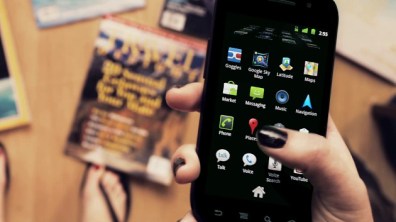 Google’s latest flagship Android phone, the Nexus S, will be making its way to Sprint this spring with support for the carrier’s 4G WiMax network, the company announced this morning.

But while this is good news for Sprint fans, it’s a curious announcement from Google, which launched the Nexus S on T-Mobile in December. Now that we’re nearly four months away from the Nexus S’s launch, I expected that Google would be focusing on bringing the phone to a larger carrier like AT&T.

Aside from the WiMax 4G capabilities, the Nexus S 4G, which will retail for $199.99 with a two-year contract, is pretty much the same phone that was launched in December: It’s co-developed by Samsung, will feature a 1 gigahertz Samsung Hummingbird processor, and contains a 4-inch display that’s contoured to fit snug against your face. The phone sports a front-facing camera for video conferencing and a rear 5 megapixel camera capable of shooting video at 720 by 480 resolution. For some reason, Samsung chose not to include 720p HD video recording on the phone, even though its older brethren can do so.

Also like the original, the Nexus S 4G will come with Android 2.3 “Gingerbread” — an update not available on any other phones other than the Nexus S yet. The phone will also be the first to support Sprint’s deep integration with Google Voice, which will let you use your Sprint phone number as your Google Voice number.

I suppose it makes a certain amount of sense to bring the Nexus S to Sprint. The carrier doesn’t have too many high-end Android phones — aside from the popular Evo 4G, Samsung’s Epic 4G, and the recently launched EVO Shift — so it won’t get lost in the crowd like it would on AT&T and T-Mobile.