I’m surprised at how many supposed experts are ready to call near-field communications (NFC) technology dead before we let innovators and end-users determine if it can provide real value.

Yes, Apple voted against putting NFC in its current generation of devices (a major disappointment to folks like me), but innovators around the world are just beginning to show us the wide range of useful applications that NFC can deliver – far beyond just payments.

I’ve been involved in the wireless market for over 20 years and have seen many exciting technologies come and go. The technologies that ultimately succeed are the ones that are accessible to a large population of innovators and that also deliver real value to end-users.

Given we are still in the early days of NFC-enabled smartphones, it’s just too early to tell whether or not it’s here to stay.

NFC: On the same path as GPS

Just like cameras, MP3 audio players, GPS, and accelerometers, NFC must go through its own period of doubt and disillusionment until the market realizes the incredible value that could be delivered by integrating this technology into user handsets and other devices.

It took almost a decade after the release of the first GPS-enabled phone in 1999 for the widespread adoption of consumer mobile applications using GPS. Now we can’t live without it. Imagine applications like Google Maps, Foursquare, Waze, Weatherbug, or MapMyFitness without GPS-enabled location?  Sometimes it takes a nudge like governments making it easier to access the GPS signals or handset/OS manufacturers opening up GPS location APIs to developers.

Had it not been for the government requiring more accurate location for E911 services, who knows if the carriers would have ever really pushed for wide-scale adoption of GPS solutions in consumer handsets (other than for network timing in CDMA)? Given how these technologies tend to wander around for a while before hitting a critical inflection point, as GPS did, I wouldn’t count NFC out just yet.

While Apple may think it has dealt a blow to NFC by not including it in iOS 7, I believe it is more evidence that Apple is not thinking broadly about innovation about future device capabilities. Peer-to-peer Wi-Fi or Bluetooth among Apple devices is not a solution that will scale to transform the market with innovative use cases, but rather one that will continue to propagate users only buying Apple devices. NFC was created as an open standard that could support short-range (less than 20cm), secure exchange of information versus longer-range technologies like Wi-Fi and Bluetooth (more like 50-300m) that are more subject to interference and eavesdropping in crowded areas.

NFC is much more suitable to the natural interaction of users wanting to direct where their data goes or what they are interacting with via a simple tap versus searching a wide area (more suitable for network access or longer range device pairing). Ironically, it is Apple that ignited smartphone-based innovation with the iPhone and app store model back in late 2007, resulting in over 900,000 unique applications and 50 billion downloads.

Many of these apps leverage the sensors available through iOS APIs (such as GPS, compass, microphone, gyros, accelerometers, RF sensing, camera, etc.) to create completely new functions that never existed before – from drone controllers and credit card swipers to stethoscopes and earthquake detectors.

NFC could add another sensor in the arsenal of developers to come up with game-changing apps — if Apple chose to include it. 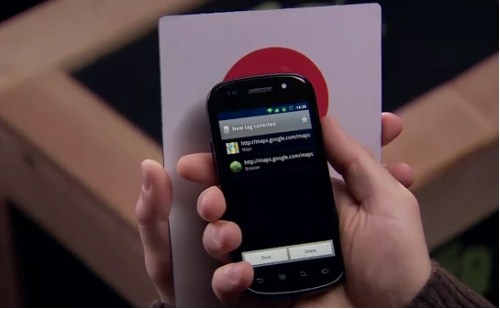 Numbers speak for themselves

With over 500 million NFC devices expected by next year (according to market researcher ABI), and NFC now included in the most popular smartphones outside of iOS devices, non-payment NFC use cases already include authentication, time tracking, ticketing, media downloads, file/data transfer, social gaming, vending, health ID cards, and many others that are just emerging.

Yet people continue to box it in narrowly as a mobile payment technology. Yes, there are a number of NFC-based payment solutions on the market and, no, they have not hit critical mass of adoption yet (more due to flawed business models and lack of an integrated user experience than to issues with NFC itself). But before we bury NFC as a failed payment technology, let’s see what the innovators can do with it. Who knows … we may just discover another GPS.

Scott Snyder has more than 24 years of experience in business leadership, strategic planning, and technology management for Fortune 500 companies and startup ventures. He is currently president, chief strategy officer, and cofounder of Mobiquity, Inc.